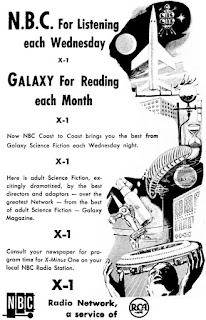 Written by Fletcher Platt, about whom Wikipedia says,


Pratt was a military analyst for Time magazine (whose obituary described him as "bearded, gnome-like" and listed "raising marmosets" among his hobbies),[2] as well as a regular reviewer of historical nonfiction and fantasy and science fiction for the New York Times Book Review.

Pratt was the inventor of a set of rules for naval wargaming, which he created before the Second World War. This was known as the "Fletcher Pratt Naval War Game" and it involved dozens of tiny wooden ships, built on a scale of one inch to 50 feet. These were spread over the floor of Pratt's apartment and their maneuvers were calculated via a complex mathematical formula. Noted author and artist Jack Coggins was a frequent participant in Pratt's Navy Game, and de Camp met him through his wargaming group.[3]

Pratt established the literary dining club known as the Trap Door Spiders in 1944. The name is a reference to the exclusive habits of the trapdoor spider, which when it enters its burrow pulls the hatch shut behind it. The club was later fictionalized as the Black Widowers in a series of mystery stories by Isaac Asimov. Pratt himself was fictionalized in one story, "To the Barest", as the Widowers’ founder, Ralph Ottur.

He was also a charter member of The Civil War Round Table of New York, organized in 1951, and served as its president from 1953-1954. In 1956, after his death, the Round Table's board of directors established the Fletcher Pratt Award in his honor, which is presented every May to the author or editor of the best non-fiction book on the Civil War published during the preceding calendar year.[4]

Aside from his historical writings, Pratt is best known for his fantasy collaborations with de Camp, the most famous of which is the humorous Harold Shea series, was eventually published in full as The Complete Compleat Enchanter (1989, ISBN 0-671-69809-5). His solo fantasy novels The Well of the Unicorn and The Blue Star are also highly regarded.

Pratt wrote in a markedly identifiable prose style, reminiscent of the style of Bernard DeVoto. One of his books is dedicated "To Benny DeVoto, who taught me to write."

Lots of books about Naval matters: