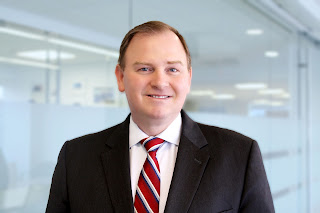 Please join us at 5pm EST on 13 December 2020 for Midrats Episode 571: Naval Primacy is America's Best Strategy, with Jerry Hendrix

When trying to get a grasp on the best way to secure the nation's security and interests, why should Americans look to the sea?

Do American's assume or take for granted what three-quarters of a century of American dominance of the high seas gifted them?

Is this assumption in danger?

Where do we stand and what steps need to be taken to secure what every American living assumes is their birthright?

To discuss this and related issues the Sunday from 5-6pm Eastern will be one of our favorite guests, Dr. Jerry Hendrix, CAPT USN (Ret.), and author of the upcoming book, To Provide and Maintain a Navy: Why Naval Primacy is America's First, Best Strategy.

Since retirement, Jerry has remain engaged in the full breadth of national security issues while at The Telemus Group and Center for a New American Security.

When on Active duty, his staff assignments include tours with the CNO’s Executive Panel, the Office of the Undersecretary of Defense for Policy, and the OSD Office of Net Assessment.

He has a BA in Political Science from Purdue University, Masters Degrees from the Naval Postgraduate School (National Security Affairs) and Harvard University (History) and received his doctorate from King’s College, London (War Studies).

He has twice been named the Samuel Eliot Morison Scholar by the Navy Historical Center in Washington, DC, and was also the Center’s 2005 Rear Admiral John D. Hays Fellow. He also held the Marine Corps’ General Lemuel C. Shepherd, Jr. Fellowship. He authored the book Theodore Roosevelt’s Naval Diplomacy and received a number of awards, including the United States Naval Institute’s Author of the Year and the Navy League’s Alfred T. Mahan Award for Literary Achievement.