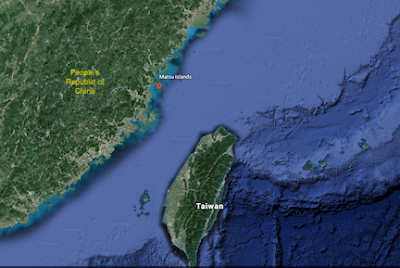 The sand-dredging is one weapon China is using against Taiwan in a campaign of so-called gray-zone warfare, which entails using irregular tactics to exhaust a foe without actually resorting to open combat. Since June last year, Chinese dredgers have been swarming around the Matsu Islands, dropping anchor and scooping up vast amounts of sand from the ocean bed for construction projects in China.

Email ThisBlogThis!Share to TwitterShare to FacebookShare to Pinterest
Labels: Fun with China, Taiwan