Cameroon: A Couple of Russians Taken by Pirates - and that may just be the beginning of the story


Two Russian seamen, including a former member of the Arctic Sea cargo vessel at the center of a hijacking saga last year, have been abducted in Cameroon, a Russian sailors' trade union said on Monday.

The North Spirit vessel, flying the flag of Saint Vincent and the Grenadines and owned by Greece's Balthellas Chartering S.A., was attacked by pirates on Sunday while anchored in Cameroon's largest port of Douala. 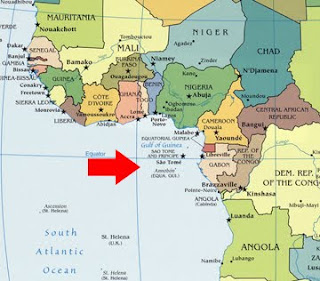 "At 22:40 local time [21:40 GMT] two boats with about 20 armed men approached the vessel. The armed men ordered the crew to gather on the upper deck and made them lay them face down. Another group of pirates broke into the cabins of the crew members and the captain and took their personal belongings," the union said in a statement.

Shumik was among the 15 crew members on the Arctic Sea cargo ship, which disappeared for more than three weeks last summer while carrying a $2 million shipment of timber from Finland to Algeria.

Most of you will remember the remarkable saga of the MV Arctic Sea (see also here and here). You might also note a couple of 8 suspected "pirates" ended up in A Russian prison.

Earlier reports had the ship being captured by pirates, but that doesn't seem to be the case.UPDATE: Fairplay says the ship was taken.