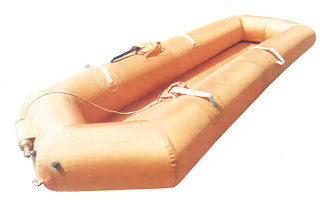 
Russia has released Somali pirates captured during the dramatic rescue of a Russian oil tanker earlier this week.

The Russian defence ministry said the gang was freed because of "imperfections" in international law.
***
The pirates were released because of "an incomplete international legal basis" to keep them detained, Col Alexei Kuznetsov was quoted by Russia's Interfax news agency as saying.
***

Asked why Russia released the pirates, Col Kuznetsov told the Associated Press news agency: "Why should we feed some pirates?" 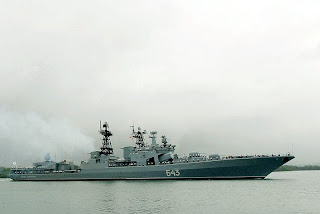 "Unfortunately, at present there exist no legal rules for prosecuting in court the pirates operating in the region of Somali," the source said. "This means they do not fall under the jurisdiction of any state or international law."

Commandos from the large anti-submarine warship Marshal Shaposhnikov freed the tanker earlier on Thursday in a 22-minute operation that saw one pirate shot dead. The vessel, on its way from the Red Sea to China, was seized on Wednesday.

The source added that after the pirates had been disarmed and their navigation equipment removed, they were "put into an inflatable boat" and pushed off into the sea.

And one pirate was killed during the retaking of Moscow University.

An "inflatable" boat? I wonder if they gave the pirates paddles to row their way 300+ miles to Somalia?