Day 2 at Joint Warfighting 2010: Combatant and Coalition Commanders: What will they need five years from now? 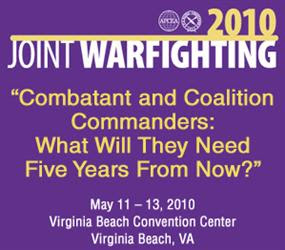 If I had to choose one word to sum up the second day of the Conference, it would be "communicate."

Of course underneath that terms comes a slew of of add-ons:
1. Always be honest in your communication. With others, with yourself. Always.
2. Make sure your "say" and your "do" match up.
3. Understand how others might receive your message.
4. Seek to understand the messages you are getting from others.
5. Understand your audience
a. don't assume they have same time lines
b. don't assume they have same urgency
c. put yourself in the shoes of the audience
6.  Share your message and your thoughts behind it to enhance communication
7.  Double check to make sure your message was taken how it was meant
8.  KISS
9.  Train together so that communication is more easily grasped in context
10. Train together.Rehearse. Train like you'll fight.
11. Create teams that are used to communicating together so that not much communication is required.
12. Technology is a tool that makes communication easier. It is not the final answer. If the tech tool breaks, find go arounds. Keeping communicating as you can. Runners can carry messages if needed. It may slow you down, but it won't stop the show.

With that in mind, here's a look at the conference second day:

Started with NATO Supreme Allied Commander Transformation, Gen. Stephane Abrail, French Air Force discussing transformation as nations get used to working in coalitions in various operations. Fundamental to success in such operations is - communication. Information sharing breeds trust. Communications systems should be interoperable to avoid miscommunication and unnecessary expense. My perception in this is that inherent in this process is a common understanding about what the communication means - which can be eased by regular exercises and working out kinks. Everyone has to know with a degree of precision what to expect when rubber meets road.

Second session, "What Needs to Be Done to Make the Interagency Pieces Work?"- mostly was a look at internal U.S. agency communications between the DoD forces, the State Department diplomacy efforts and the Agency for International Development (AID). As history has shown, ad hoc coordination between these agencies can cause a degree of friction in many areas -friction that can be lessened by learning to speak the same language (or at least to understand the agency-speak of the other agencies) and by making sure the roles of the agencies are understood before everyone get tossed into a crisis. More embeds (military into State), rehearsals and fiscal equality all would help. Much more effort on presenting a coordinated U.S. effort with goals understood across the board (what we Cro-Magnon military types call "unity of effort") instead of "coincidence of effort." Congress could help. Part of the problem lies in the differing time lines under which the above agencies operate, with State's interests being much longer term and AID even longer. State and
AID assert a need for more people and a follow up on the "expeditionary capacity" effort that was started under the Bush administration.There was also a suggestion of the need for a "NATO of Non-Governmental Organizations (NGOs)" to smooth out the efforts of these international agencies. Working with NGOs can be challenging. Again, communications and training together could smooth out some of these bumps.

Third session: "Battles of Competing Narratives: Why Do They Matter?" Again, communicating effectively means that the "enemy's narrative" has to be defeated - communicating with the target audience in terms they can understand what it is your are about and why your narrative is more trustworthy than the enemy's narrative. As LTG Huber put it "Operations happen at the speed of trust." Honesty is everything. While none of the panelists brought him up, I was reminded of Saddam Hussein's spokesman, old "Baghdad Bob" as an example of how not to set the narrative. One of the keys is that every soldier/sailor, etc is a "strategic communicator." Since we are apparently intent on relearning lessons from the past, I refer you to General Charles Krulak's The Strategic Corporal.

Lunch speech:
General Petreus's remarks. Given the time he had, the general did make several valuable points, especially regarding "information sharing" - he stated the focus should be on "need to share" instead of the old standard "need to know." Maybe - there's a discussion of this concept in the final paragraph of the work found here. Apparently the idea is sweeping into many governmental levels:


One of the things that truly stuck with me from the panel discussion came from Richard Boly, at the State Department. He talked about how, during the Cold War, everything was on a need-to-know basis. Everyone was so paranoid and afraid of leaks and security issues that communication was absolutely kept to a minimum.

We’re living in very different times. No longer is it need-to-know, Boly said. We’re moving on to a “need-to-share” phase of government.

There are a lot of pros to this. Empowered employees, increased collaboration, greater openness and transparency, increased interaction with the public, bridging the divide between private industry innovation and government advances–the list could go on and on.


Speaking of the "Strategic Corporal," the fourth session was on "Small Unit Excellence; What Will It Take?" More missions are being driven down to the small unit level. To succeed in those missions, the units need communication to insure they are on top of the strategic vision of the highest command levels and are properly trained and equipped for their missions.

Right training, right equipment, right personnel, right communications and honesty, honesty honesty. Walk the talk. Train like you'll fight. And that includes insuring the trainee is getting the strategic vision.


The lack of effective use of the standard institutionalized "lessons learned" was discussed. If you assume that the discussion could have been held 5 years ago, 10 or 20 or 30 years ago, you might sense the frustration with field forces on that topic.

Final session: "How Do We Fight Through a Digital Meltdown?" I'm no techno geek, but it sounded like the answers are being worked on - but the best answer is back to that Strategic Corporal - when you can't use the high tech tools, revert to the "old school" techniques - and the "digital meltdown" may slow you up, but it won't stop you. Back to the basics, you know.

Email ThisBlogThis!Share to TwitterShare to FacebookShare to Pinterest
Labels: US Naval Institute