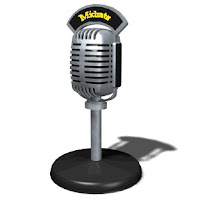 "As we get ready for another class of Midshipmen to graduate from the United States Naval Academy in Annapolis, Maryland - we have a chance to discuss with the leaders of tomorrow what brought them to Annapolis; what they gained from it; and what they see going forward as they serve their nation. We will have guests from the Class of '09 and '10 to talk about that and more."

Part of my end of the discussion will be to look at the differences, as perceived by these USNA alums, and their ROTC, OCS and other officer source contemporaries.

Join us and pepper us with questions from the chat room.

As an aside, some of you might be interested in a study of "cost effectiveness" of Navy officer sources, comparing the Naval Academy with NROTC and OCS. The pdf of the study can be downloaded here.

For those of you without patience, the author concludes that in the long run the USNA, despite its higher initial cost per officer produced, is ultimately the least expensive source of active duty officers.

You can question his methodology if you care to.

I have some doubts myself. But then again, I am ROTC product and was a reservist after I left active duty.

As we all know, reservists are a lower cost personnel pool compared to the active force and I don't think the author took that into consideration in looking only at the active duty components.  Since he limited his research to active duty service, I think he missed out on some additional measures he should have looked at, especially since Naval Academy grads are a minority in the the reserve officer corp. Let me be clear, I think only including active duty types pursuing at least 20-year careers ( a pool that favors USNA alums) fails to account for the reserve officers (majority ROTC/OCS) who still serve this country but at a much lower cost.

Nor did he examine the impact of adding ROTC programs from "less elite" universities as they may have skewed ROTC stats, whereas the USNA remains a constant. No offensive to the distinguished grads of East Underwater State, but I suspect you have tougher row to hoe in succeeding in the Navy (just as grads of EUS may have a tougher time getting into Harvard Law or Medical schools) than do grads of Auburn, Notre Dame, Duke, North Carolina, USC, UC Berkeley, Georgia Tech, Carnegie Mellon, MIT, Harvard, Cornell, Ohio State, Penn, Penn State, Vanderbilt, UVA, Rice, Texas, Texas A&M, VMI, Virginia Tech, and Washington.


I'll be happy to be proven wrong on this last point, as I suspect the Navy has these stats someplace that would show how it is working out for all institutions participating in NROTC or schools attended by OCS grads.