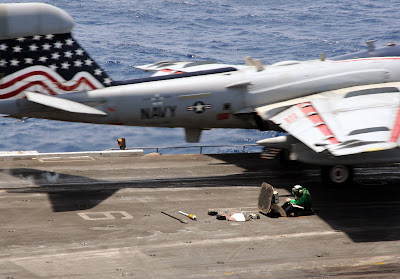 Not being a carrier guy myself, I pose the question to those who are - is this not a potential FOD hazard - not the sailor, but the thing he's reading?

Must be exciting reading, though.