The crew of a pirate captured tug and barge has been recovered safely after being held captive and put adrift in a life raft in the South China Sea. Attack reported by ICC CCS here (map from that site). 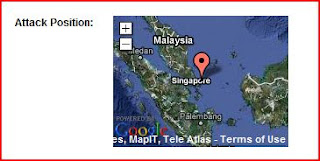 Recovery reported by ReCAAP (with photos and maps) and AFP:


Armed attackers stole aboard the tugboat Atlantic 3 in Indonesian waters near Singapore on April 27, Afrizal and his captain told AFP, in what an analyst said was part of an upsurge of attacks in that area.

"All of us were tied up and put in a room," said Afrizal, 40, a native of Indonesia's Sumatra, who uses only one name. "Our eyes were covered."

The room became their cell for several days, until they were cast adrift in a life raft, he told AFP.
***
Efforts were still being made to locate the tug and its barge.
***
ReCAAP said the Atlantic 3 was the third tug reported missing this year. 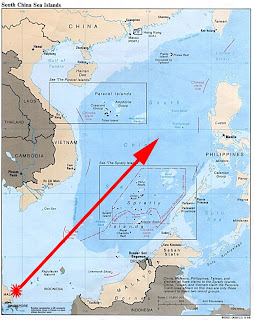 ReCAAP suggests that the tug followed a path similar to the one shown above after being taken by pirates. The emergency beacon in the life raft allowed the Vietnamese Navy to find the raft.

AFP quotes a source suggesting that tug/barge combos are easier pirate prey because of their relatively slow speed. Low freeboard make for easier boarding from small boats, too.
Posted by Mark Tempest at 5/11/2010 05:45:00 AM