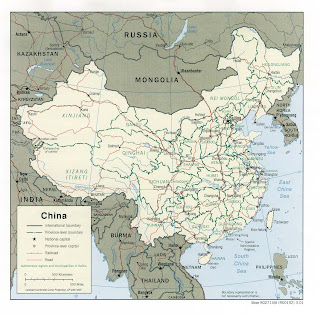 
China says the United States is increasing its military presence in the Asia-Pacific region, which is becoming more "volatile".

It also says there has been a rise in operations directed against China.

The views were made in China's National Defence white paper, issued by the government.
***
"Profound changes are taking shape in the Asia-Pacific strategic landscape. Relevant major powers are increasing their strategic investment," it says.

The document singles out the United States. According to China, it is reinforcing military alliances and getting more involved in regional affairs.

Beijing also says foreigners are now more suspicious of China - and have increased "interference and countering moves" against it.
***
No issue threatens the relationship more that US support for Taiwan, a self-governing island off China's eastern coast that Beijing considers its own.

Col Geng made it clear that the two countries must respect each other's core interests. For China, that includes Taiwan.

"China is willing to work with the US, based on respect, trust, equality and mutual benefits," he said.

One man's "renegade province" is another man's "self-governing island" or, as some have it, a free and independent nation.