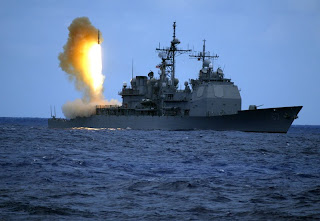 
U.S. efforts to build effective missile defenses are more important than ever for defending the nation and its deployed forces and for cooperating with allies and partners, a senior defense policy official said today.

“We continue to focus on Iran and North Korea as particular threats to us and our allies,” Miller said.

North Korea, despite the “urgent humanitarian needs of its destitute population,” is likewise modernizing its missile arsenal, Miller said. North Korea’s inventory already includes “a substantial number of mobile ballistic missiles that could strike targets in South Korea, Japan, and U.S. bases in the Pacific,” he added.

The United States adopted a phased, adaptive approach to European ballistic missile defense in 2009 to deter and defend against “the development, acquisition, deployment and use of ballistic missiles by regional adversaries,” he said. The strategy relies heavily on systems that can be relocated, allowing the United States and its allies to adjust to a complex and changing threat environment, he explained. The approach will bring together sea-, land- and space-based systems in four phases of deployment through 2020, Miller said.

“Technological advances or future changes in the threats could modify the … timing of the later phases,” he said. “That’s one reason the approach is called adaptive.” 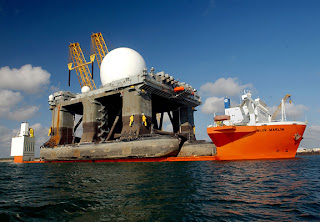 Looking beyond Europe, U.S. strategy is to apply the phased, adaptive missile defense approach in other regions, particularly in East Asia and the Middle East, he said.

In Asia, the United States is partnered with key allies including Japan, Australia and South Korea to enhance missile defense, he said. Japan now has a layered ballistic missile defense capability that includes U.S. tracking systems, interceptors, early warning radars and a command-and-control structure that integrates those technologies, Miller said.

“We regularly train together, and have successfully executed simulated cooperative [ballistic missile defense] operations,” he said. “We’re also engaged in cooperative development of the next-generation … interceptor, which is projected to enter service in 2018.”

China obviously is a key component of security strategy in the Pacific, Miller said.

“The United States welcomes a strong, prosperous and successful China that plays a greater global role in supporting international rules, norms of responsible behavior and institutions,” he said. At the same time, he said, the United States and China’s neighbors remain concerned about its military buildup and objectives. Miller noted that China likely is nearing deployment of a medium-range anti-ship missile.

Greater transparency from China about its military strategy could reduce the chance of a misunderstanding or miscalculation, Miller said, and toward that end the United States continues to seek greater government-to-government communication with Chinese leaders.
***

Oh, that missile defense system that some politicians opposed before they were in favor of it.