On the Mission of the U.S. Naval Institute 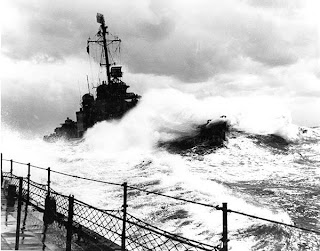 Speaking of pirates - a long time ago when I was young officer (a really long time ago), I first became a member of the U.S. Naval Institute and began receiving their magazine, Proceedings.

Quite frankly, what with a war going on and being really busy trying to learn my job while pretending to lead a division and "manage" assets and stand watches and do day and night underway replenishment, I didn't read every issue. In fact, I must confess that I didn't see much practical application to the articles for a young ensign bobbing about off the coast of Viet Nam.

Over the years, as I had an "on" and "off" relationship with USNI and its publications, I realized one of us had changed. My appreciation of history and tactics and strategy and opinions had shifted. I could find an article by a ship's executive officer concerning trying to apply TQL to the length of a mess line as funny as could be.

Still, I didn't quite get it. When I was invited to blog over at the the USNI Blog, I was surprised. As I wrote in my first post over there, "Now, I’m a long-time fan of Proceedings but it always seemed too remote, too stilted, too brown-nosy to me." The USNI Blog I thought (and I hope I'm right) was a little more immediate, a little more connected and a little looser than a publication that had published Luce and all those long dead guys. But then I noticed that there were young officers and Chief Petty Officers and Petty Officers writing their thoughts in Proceedings. Maybe I'd missed that before, but with regular feature called, "Nobody Asked Me, But . . ." (March 2011 features the thoughts of a real live ensign!) well, this was not grandpa's Proceedings,

In fact, what it was - well, it was living up to the Naval Institute's Mission Statement:


The Mission of the Institute is to provide an independent forum for those who dare to read, think, speak, and write in order to advance the professional, literary, and scientific understanding of sea power and other issues critical to national defense.

So, there were Air Force guys writing articles and professors and professional military strategists and Army guys and lots of Marines and Navy people. Some of the thoughts were/are good or great, some not so much. But there they were, these people who had "dared" to put their thoughts out there for the whole world to judge and always, or nearly always, linked to "issues critical" to sea power and/or national defense.

In short, people who cared enough to worry over some issue and then worry that issue in the pages of Proceedings in an effort to advance understanding "sea power" and "other issues critical to national defense."

Then there was another institution which I joined, the Navy League of the United States. The Navy League is an advocacy group, with its mission to:


Today, the Navy League’s original mission is focused on two main initiatives. First, the Navy League’s public education efforts are designed to inform the nation, and its political leaders, of the vital importance to the country of comprehensive and fully-prepared sea services. Second, the Navy League, primarily through its councils, provides support for active duty sea services personnel and their families. In keeping with its educational objective, the Navy League also supports America’s young people through successful youth programs, including sponsorship of the U.S. Naval Sea Cadet Corps and the Navy League Foundation Scholarship Program.(emphasis added)

The Navy League has a Legislative Affairs Office. It publishes an excellent magazine, Sea Power which has its own mission:


The principal mission of SEAPOWER - an award-winning monthly magazine - is to educate Congress and the American people about the activities, requirements and accomplishments of the sea services and U.S.-flag Merchant Marine. It also provides a forum for senior sea service leaders to express their views on various topics of concern.

Do you get the difference? USNI is a "forum" for discussion of ideas. The Navy League is an institution of advocacy on behalf of the sea services - to keep them in the public eye.

By now, you might be saying, "So what?" Well, some folks on the board of directors of USNI want to change its mission statement to:


The Mission of the Institute is “to be an Independent Forum advocating the necessity of global sea power for national security and economic prosperity.” 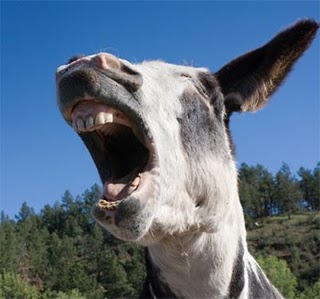 There have already been some pretty good posts put up by my fellow Navy bloggers and real experts about the oxymoronic "Independent forum" that has a directed mission "advocating the necessity" (see Information Dissemination'sUnited States Naval Institute: An Open Letter From Norman Polmar and
Steeljaw Scribe - When Does Advocacy Become Lobbying… and CDR Salamander's post and the links therein).

For a good time, you might want to read Steeljaw's USNI Ballot: Incompetence is One Thing — Deceit is Another.

All of which is a long way around to advising those of you who are members of USNI to ignore the flawed paper ballot that accompanies your mailed magazines and vote online against this mission change - and the board directors who have pushed it. The names of these individuals are set out in another "open letter" at Information Dissemination United States Naval Institute: An Open Letter From VADM Bob Dunn which also lets you know how to go about voting by avoiding the confusing straight ticket vote offered as the first option on line.

And, assuming you are otherwise eligible, you can join the Navy League of the United States and support their advocacy and education mission here.
Posted by Mark Tempest at 3/01/2011 12:24:00 PM

Email ThisBlogThis!Share to TwitterShare to FacebookShare to Pinterest
Labels: USNI