Gulf of Guinea Pirates: Armed Guard Killed Off Nigeria in Gunfight with Pirates 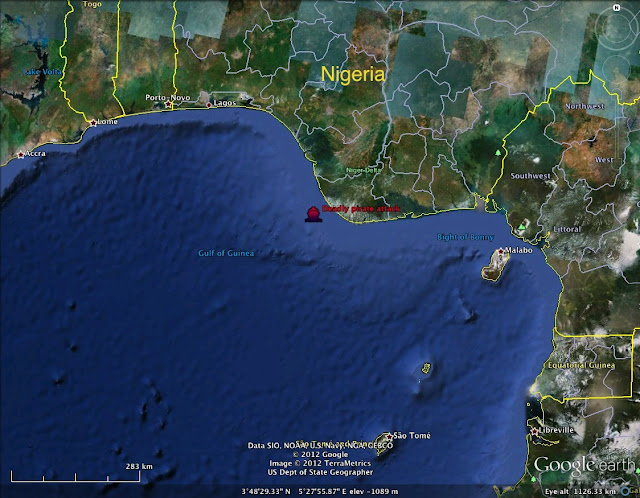 Report of an armed security guard being killed in gunfight with pirates here :


According to reports from the IMB, last week saw an armed security guard killed offshore Nigeria. At 2310 UTC on the 13 Dec, heavily armed pirates in a speed boat chased and fired upon an offshore support vessel in position 04:16.5N 005:19.8E.


Location detail: Around 25nm SW Offshore, Bayelsa
Type of Attack :Fired Upon
Narrations: 13.12.2012: 2310 UTC: Posn: 04:16.0N - 005:19.8E, Around 25nm SW Offshore, Bayelsa, Nigeria.
Pirates armed with machine guns in a boat chased and fired upon an offshore support vessel underway. Master raised alarm, increased speed, sent distress message and all crew except the Master mustered in the safe room. The on board security team returned fire and after around 20 minutes the firing ceased and the pirates moved away. Due to the exchange of fire one security personal was killed and two sustained injuries.

UPDATE: Just in case you wondering, the IMB shows the following piracy events so far in 2012: 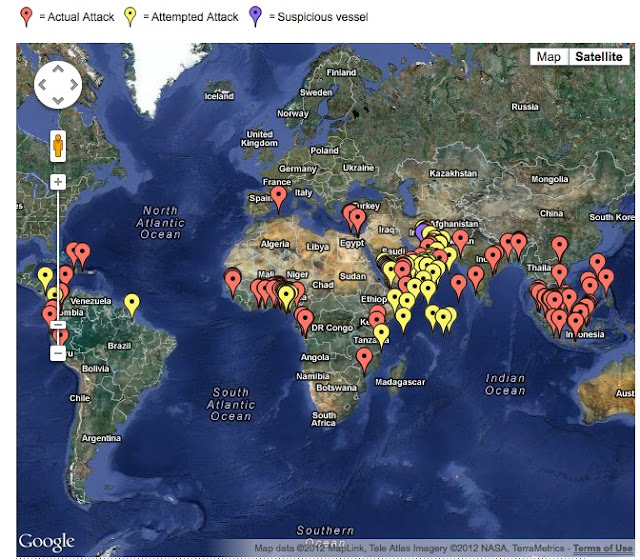