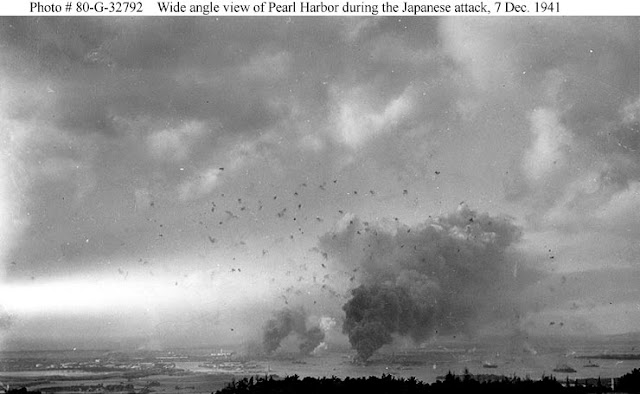 When an expansionist push came to shove:


When the first Japanese attack wave arrived over Pearl Harbor seven of their primary targets, the U.S. battleships, were moored along "Battleship Row", on the eastern side of Ford Island. Another battleship was in drydock in the nearby Navy Yard. Other moorings which the Japanese believed might include battleships, or the equally important aircraft carriers, were at the Navy Yard's 1010 Dock and along Ford Island's western side.
***
The raiders had no opportunity to hit American aircraft carriers, all of which were at sea, and did not target fuel storage, most cruisers and destroyers, submarines and most maintenance facilities. However, in just under two hours they had wrecked the U.S. Pacific Fleet's battleship force, ensuring that it would not interfere with Japan's plans for conquest.