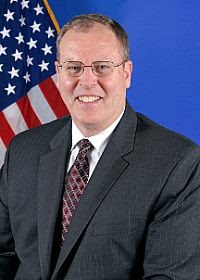 
When one hangs up the uniform after decades of service, but still wants to contribute to their nations national security needs, what paths can that take? How does one find a path forward, and what are the keys to success?

In a budgetary challenge not seen by the US military in two decades, what are the important "must haves" that need to be kept at full strength, and what "nice to haves" may have to be put in to the side?

What are the legacy ideas, concepts, and capabilities that the Navy and Marine Corps need to make sure they maintain mastery of, and what new things are either here or are soon on the way that we need to set conditions for success now?

Our guest for the full hour to discuss this and more will be Robert O. Work, Col. USMC (Ret), presently CEO of the Center for a New American Security (CNAS), and former Undersecretary of the Navy from 2009-2013.

After 27-years of active duty service in the Marine Corps, Work joined the Center for Strategic and Budgetary Assessments (CSBA), where he focused on defense strategy and programs, revolutions in war, Department of Defense transformation, and maritime affairs. He also contributed to Department of Defense studies on global basing and emerging military missions; and provided support for the 2006 Quadrennial Defense Review.

During this time, Work was also an adjunct professor at George Washington University, where he taught defense analysis and roles and missions of the armed forces.

Join us live(5pm EST) or pick the show up later by clicking here.