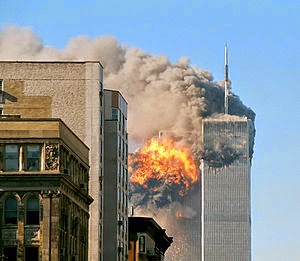 Please join us at 5pm EDT, 27 April 14 for Midrats Episode 225- "The Long War Becomes a Teenager," with Bill Roggio


It hasn't gone anywhere, the Long War, that is.

People may be suffering whiplash having to look back to Europe in the middle of a Pacific pivot, and the Arab spring wilted in to extremism and bloodshed - but the war against the West still goes on from lone wolf attacks at home, to drone strikes across the swath of southwest, south, and central Asia.

Coming back to Midrats for the full hour to discuss this and more will be Bill Roggio, senior fellow at the Foundation for Defense of Democracies. Bill is also the President of Public Multimedia Inc, a non-profit news organization; and the founder and Editor of The Long War Journal, a news site devoted to covering the war on terror. He has embedded with the US and the Iraqi military six times from 2005-08, and with the Canadian Army in Afghanistan in 2006. Bill served in the US Army and New Jersey National Guard from 1991-97.

Join us live if you can or pick the show up later by clicking here.

If you have questions for Bill, please join in the chat room and we'll pass on what we can.

Email ThisBlogThis!Share to TwitterShare to FacebookShare to Pinterest
Labels: Midrats on Blogtalkradio, Terrorists