Trial runs can be fun, but this test - Navy to Deploy Electromagnetic Railgun Aboard JHSV - ought to be a doozy:


The U.S. Navy plans to install and test a prototype electromagnetic railgun aboard a joint high speed vessel in fiscal year 2016, the service announced today.

This test will mark the first time an electromagnetic railgun (EM railgun) has been demonstrated at sea, symbolizing a significant advance in naval combat.

EM railgun technology uses an electromagnetic force - known as the Lorenz Force - to rapidly accelerate and launch a projectile between two conductive rails. This guided projectile is launched at such high velocities that it can achieve greater ranges than conventional guns. It maintains enough kinetic energy that it doesn't require any kind of high explosive payload when
it reaches its target. 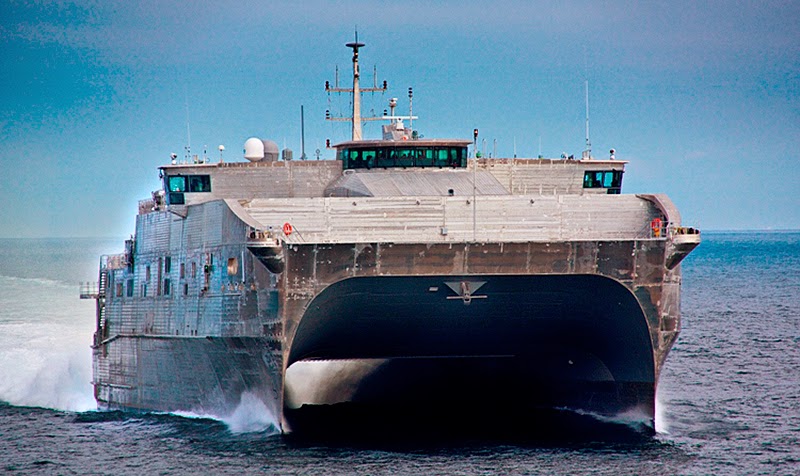 High-energy EM railguns are expected to be lethal and effective against multiple threats, including enemy warships, small boats, aircraft, missiles and land-based targets.

"The electromagnetic railgun represents an incredible new offensive capability for the U.S. Navy," said Rear Adm. Bryant Fuller, the Navy's chief engineer. "This capability will allow us to effectively counter a wide-range of threats at a relatively low cost, while keeping our ships and sailors safer by removing the need to carry as many high-explosive weapons."

EM railgun technology will complement current kinetic weapons currently onboard surface combatants and offer a few specific advantages. Against specific threats, the cost per engagement is orders of magnitude less expensive than comparable missile engagements. The projectile itself is being designed to be common with some current powder guns, enabling the conservation of expensive missiles for use against more complex threats. 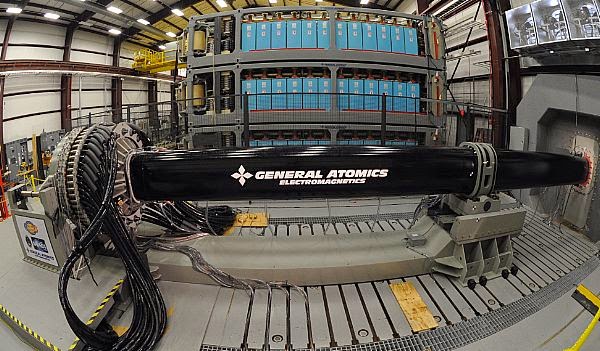 "Energetic weapons, such as EM railguns, are the future of naval combat," said Rear Adm. Matt Klunder, the chief of naval research. "The U.S. Navy is at the forefront of this game-changing technology."

This demonstration is the latest in a series of technical maturation efforts designed to provide an
operational railgun to the fleet. Since 2005, the Navy and its partners in industry and academia have been testing railgun technology at the Naval Surface Warfare Center in Dahlgren, Va., and the Naval Research Lab where the service has a number of prototype systems.

The final operational system will be capable of launching guided, multi-mission projectiles to a range of 110 nautical miles against a wide range of threats. The series of tests are designed to capture lessons for incorporation into a future tactical design and will allow the Navy to best understand needed ship modifications before fully integrating the technology.

The Navy is using JHSV as a vessel of opportunity because of its available cargo and topside space and schedule flexibility. Because JHSVs are non-combatants, there is no plan to permanently install a railgun on any ship of the class. A final decision has not been made on which ship classes will receive a fully operational railgun.