Spinning the Sexual Revolution or Everything Old is New Again The year was 1967. A young grad student was teaching an English class at the University of North Carolina, Chapel Hill. One of the assignments he handed out was to read and do paper on Andrew Marvell's "To His Coy Mistress." This short poem, for those of you who may not recall it is as follows:


Had we but world enough and time,
This coyness, lady, were no crime.
We would sit down, and think which way
To walk, and pass our long love’s day.
Thou by the Indian Ganges’ side
Shouldst rubies find; I by the tide
Of Humber would complain. I would
Love you ten years before the flood,
And you should, if you please, refuse
Till the conversion of the Jews.
My vegetable love should grow
Vaster than empires and more slow;
An hundred years should go to praise
Thine eyes, and on thy forehead gaze;
Two hundred to adore each breast,
But thirty thousand to the rest;
An age at least to every part,
And the last age should show your heart.
For, lady, you deserve this state,
Nor would I love at lower rate.
But at my back I always hear
Time’s wingèd chariot hurrying near;
And yonder all before us lie
Deserts of vast eternity.
Thy beauty shall no more be found;
Nor, in thy marble vault, shall sound
My echoing song; then worms shall try
That long-preserved virginity,
And your quaint honour turn to dust,
And into ashes all my lust;
The grave’s a fine and private place,
But none, I think, do there embrace.
Now therefore, while the youthful hue
Sits on thy skin like morning dew,
And while thy willing soul transpires
At every pore with instant fires,
Now let us sport us while we may,
And now, like amorous birds of prey,
Rather at once our time devour
Than languish in his slow-chapped power.
Let us roll all our strength and all
Our sweetness up into one ball,
And tear our pleasures with rough strife
Thorough the iron gates of life:
Thus, though we cannot make our sun
Stand still, yet we will make him run.

Okay. At the time - some 47 years ago - this poem created a scandal - an academic freedom and free speech scandal- one of the agents of which was a man named Jesse Helms, then a local Raleigh television editorialist.

While there are a couple of different versions of how Mr. Helms (later U.S. Senator Helms) got involved - see a UNC oral history here (which incidentally gets Marvell's first name wrong) -


What happened was that Michael Paull who was this young graduate student, assigned his class to write a theme on Marvell's poem, "To His Coy Mistress" which is, you know, like twenty-five lines long or something. Well, I can't remember what it said, but there was a misinterpretation and one of the freshman coeds told her mother that she had to write a poem on "my first seduction" which was not true. At least that's what the mother reported at a dinner party to Jesse Helms who was then a radio commentator in Raleigh, now our Senator. And the mother told Jesse Helms that her daughter had told her that she had to write on "my first seduction" and the assignment was given by a young male graduate student.
***
.... So Jesse Helms called the University and asked what was going on. "Are your young male graduate students trying to seduce the freshmen coeds this way?" And they didn't know anything about it, you know, and they said they'd call back. But in any event, Jesse went on the air.
***
During his editorial and complained that the University was assigning…. That the freshmen coeds had to write about their love affairs to the young graduate students who naturally were trying to seek out what was doing around. So that was the thing. And as soon as Jesse…. And he said, "What are they doing about it?" Well, immediately Carlysle Sitterson, the Chancellor, removed Paull from his teaching assignment to a research assignment, so he was no longer a TA, a teaching assistant, he was an RA, a research assistant.
***
All twenty-two of Mr. Paull's students signed petitions requesting his return to teaching duties. Between two hundred and three hundred students and faculty members organized into the Committee for Free Inquiry and asked that Mr. Paull be reinstated and that a review board be set up in the English department. Some newspapers expressed concern. The Greensboro Daily News declared, ‘The spectacle of a great University reassigning its instructors at the behest of a bullying television station is hardly believable.’ The Daily Tarheel campus newspaper headed its editorial, ‘Who's afraid of Jesse Helms? The University, that's who."’ So it went. They did appoint a committee in the English department to review the whole situation. There are five members; five tenured senior members of the faculty were appointed to look into it and this was a fig leaf. You can't just put him back and acknowledge you were wrong. So you have a committee and the committee…. Another report here is nineteen pages long and there were distinguished people on the committee and they recommended that he be reinstated, that it had all been an misunderstanding. And he was reinstated.

You should get the idea - a right wing assault on the academic freedom to teach great poetry because of sexual innuendo.

So now, we circle back - again to Chapel Hill, and this time not in a classroom supported by state funds. No, this time to a bar - a shortage of which there is not in Chapel Hill and which you are free to walk in and out of if the ambiance is not to your liking - and to this UNC Student Gets DJ Fired for Playing 'Blurred Lines,' Because Rape Culture :


On Saturday night, University of North Carolina student Liz Hawryluk asked the DJ at a local haunt, Fitzgerald's Irish Pub, to stop playing Robin's Thicke "Blurred Lines," because it "triggers" victims of sexual assault. After Hawryluk spoke out about the incident on social media, Fitzgerald's fired the DJ.

Hawryluk told Jenny Surane at The Daily Tarheel that after she complained to the DJ about the song, she was asked by management to leave the bar. "Fundamentally, all I was aiming to do is to create a safe space in the Carolina community," she explains. "In a lot of ways, violent or graphic images that allude to sexual violence are triggers."

Okay, apparently the most offensive lines in the offending song are:

How different are the concepts in Marvell's work and that of Thicke's work? How tender are our youth?

My advice to those who are distraught by our culture and seek "trigger" labels on everything comes from Shakespeare - the only safe thing to do is to "get thee to a nunnery." 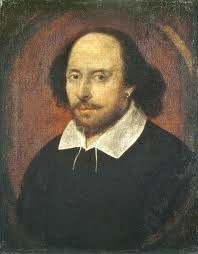 Otherwise, there is no safe haven.

In fact, I'm pretty sure a study of Shakespeare's Titus Andronicus would need major trigger warnings - especially Act 2 Scene 4, when Lavinia is returned from being raped and mutilated.

What next? Banning the Bard? All that war and murder and stuff.

Better get after those Greek playwrights, too, I mean Sophocles - murder and incest?

You know, there are cultures which use rape as a means of warfare. Like for as long as humankind has roamed the earth.

Grow up, it's a tough world out there.