Thinking of Freedom of Thought and Speech and the willingness of some to believe they have the ideas to make a better world, if only everyone would conform.


Their weapons are the coercive direction of the life and labor of mankind. Their doctrine is that disorder and misery can be overcomeonly by more and more compulsory organization. Their promise is that through the power of the state men can be made happy.

Throughout the world, in the name of progress, men who call themselves communists, socialists, fascists, nationalists, progressives, and even liberals, are unanimous in holding that government with its instruments of coercion must, by commanding the people how they shall live, direct the course of civilization and fix the shape of things to come. They believe in what Mr. Stuart Chase accurately "describes as "the overhead planning and control of economic activity." This is the dogma which all the prevailing dogmas presuppose. This is the mold in which are cast the thought and action of the epoch. No other approach to the regulation of human affairs is seriously considered, or is even conceived as possible. The recently enfranchised masses and the leaders of thought who supply their ideas are almost completely under the spell of this dogma. Only a handful here and there, groups without influence, isolated and disregarded thinkers, continue to challenge it. For the premises of authoritarian collectivism have become the working beliefs, the self-evident assumptions, the unquestioned axioms, not only of all the revolutionary regimes, but of nearly every effort which lays claim to being enlightened, humane, and progressive.

So universal is the dominion of this dogma over the minds of contemporary men that no one is taken seriously as a statesman or a theorist who does not come forward with proposals to magnify the power of public officials and to extend and multiply their intervention in human affairs. Unless he is authoritarian and collectivist, he is a mossback, a reactionary, at best an amiable eccentric swimming hopelessly against the tide. It is a strong tide. Though despotism is no novelty in human affairs, it is probably true that at no time in twenty-five hundred years has any western government claimed for itself a jurisdiction over men's lives comparable with that which is officially attempted in the totalitarian states. No doubt there have been despotisms which were more 'cruel than those of Russia, Italy, and Germany. " There has been none which was more inclusive. In these ancient centres of civilization, several hundred millions of persons live under what is theoretically the absolute dominion of the dogma that public officials are their masters and that only under official orders may they live, work, and seek their salvation.


But to those who Lippmann describes, there is this: 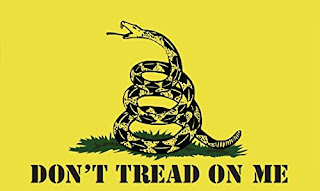