Short Version of the Hearing on Recent United States Navy Incidents at Sea: "We need ships and more people" 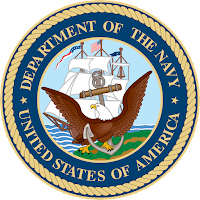 It is the job of Congress.


"The Congress shall have Power To ...provide and maintain a Navy.... ARTICLE I, SECTION 8, CLAUSE 13, U.S. Constitution.


All of these efforts rest on a foundation of sufficient and predictable funding to sustain our readiness. As I stated in my confirmation hearing, the Navy-Marine Corps team, their families, and their civilian teammates have never failed our Nation, and they never will. However, I believe that we are failing them through such actions as the Budget Control Act and repeated continuing resolutions. This imbalance must be rectified.


I have testified several times about the “triple whammy” - the corrosive confluence of high operational tempo constrained funding levels, and budget uncertainty. Although warfighting capabilities of ships have dramatically increased in the last century, the size and scope of U.S. responsibilities around the world have also increased, and the Navy is feeling the strains of consistently high operational tempo. Added to this challenge, eight years of continuing resolutions and the Budget Control Act have impacted the ability to plan and schedule training, ship maintenance, and modernization.


We had a discussion on these recent incidents with David Larter: