A Book Review Worth Reading: A Forgotten Part of Fleets

B.J. Armstrong, PhD, reviews A Hard Fought Ship: The Story of HMS Venomous in War on the Rocks' A Forgotten Part of Fleets and makes the point oft taken up here for the small ship navy:


There are also, of course, questions that must be asked about the limits of the value of ships like the Venomous. Today small combatants are seen as being too limited in the combat capabilities they can bring to modern conflicts. There are also valid questions to be asked about survivability in the modern battle. And we must also recognize that because they do not fulfill the Navy’s self-image as a large ship, battlefleet force, some officers may not see their value. 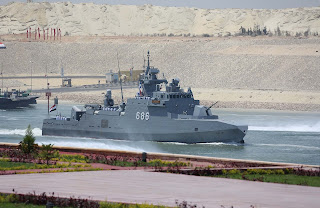 Still, the low cost of small combatants relative to other warships and their ubiquitous use in the fleets of prior global naval powers remind us of their enduring value. It may be worth considering that for the price of one of today’s multi-mission destroyers (a destroyer in name but a modern capital ship in design, size, and cost), a flotilla of smaller ships could be built. And while only a very small number of shipyards build the ships of today’s U.S. Navy, a much wider number in the United States can, and do, build small combatants including the Coast Guard’s new patrol cutters and missile boats for foreign markets. The vast majority of the missions that are cited as the baseline for a 355-ship fleet, from freedom of navigation operations and naval diplomacy to littoral combat and broader patrols, are missions that small combatants have excelled at in the past.