Via the Early Bird Brief and C4ISRNet, comes this report of a product test, Elbit demonstrates anti-submarine drone: 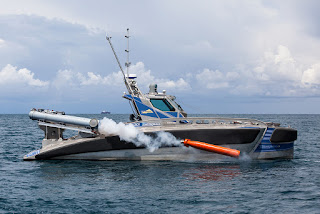 Remotely guided by human operators through satellite communications, the Seagull sailed in the Haifa Bay, Israel, to perform the anti-submarine mission using control consoles 2,200 miles away. 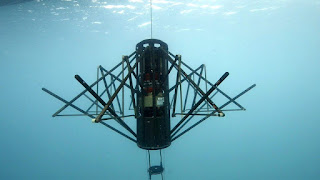 The Seagull Unmanned Surface Vessel (USV) systems have superior mine counter measures (MCM) capability. This USV facilitates end-to-end mine hunting operations, including detection, classification, location, identification and neutralization of bottom, moored and drifting sea mines while taking the sailor out of the mine field. 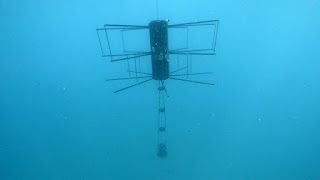 
Seagull is a 12-meter long USV that can be operated from a mother-ship or from shore stations. It provides multi-mission capabilities including ASW, Mine Hunting & Mine Sweeping (MCM), Electronic Warfare (EW), maritime security and underwater commercial missions, leveraging modular mission system installation and offering a high level of autonomy.

I can see a use for these things. Lots of uses, in fact.


All photos from ELbit Systems.