Fun with China in the Caribbean


Over the past decade, China has steadily increased spending on major infrastructure 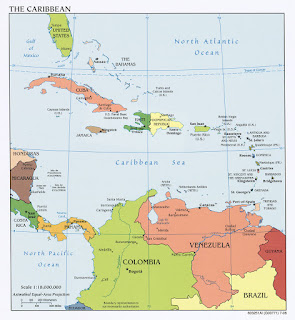 projects in the Caribbean. This provides an opportunity for Chinese firms to expand to markets in the Western Hemisphere it had previously ignored.[4] However, Chinese investment levies significant obligations on its Caribbean partners.
****
However, these Chinese investments come with major obligations and have serious repercussions for their Caribbean recipients. In exchange for building its Jamaican highway, the China Harbor Engineering Company received a 50-year toll concession in addition to land grants alongside the route.[16] Prominent members of the Jamaican opposition have lamented both the high toll prices and the fact that China will receive this fare revenue.[17] In addition, rather than use local laborers, the company brought in nearly 1,000 workers and engineers from China to build the highway. Adding to the complications, Chinese contractors receive significant advantages over local Jamaican firms.[18] Considering Jamaica’s already substantial debt obligation, this investment windfall appears unlikely to ease the island’s foreign dependence.

Along similar lines, the Bahamas may not reap many of the intended benefits from the grand Baha Mar resort. Baha Mar’s construction took a circuitous path, with lawsuits forcing prominent Bahamian investors into bankruptcy.[19] Like with the Jamaican highway, Chinese workers rather than locals received most of the construction jobs.[20] In addition, the Baha Mar investment agreement came with advantageous terms heavily weighted towards Beijing-backed companies.[21] Chinese investment took an even more perverse turn in Guyana. An SOE hired to build a wood processing plant violated Guyana’s labor laws by underpaying local workers.[22] China’s Caribbean involvement does not represent an altruistic Sino Marshall Plan. Beijing talks about “win-win,” but actually emphasizes “China winning, and if Latin America will go along with what China wants, that’s good too.”[23] China expects tangible return on investment and arranges favorable deals to maximize profit. This coldly pragmatic outreach imposes serious constraints to China’s Caribbean trade partners.
****
China’s Caribbean outreach also has a military dimension. For example, Trinidad & Tobago recently purchased naval patrol vessels from the People’s Liberation Army.[27] Likewise, China has provided equipment such as tents, uniforms, and binoculars to the Jamaican military.[28] The Bahamas, Barbados, Dominica, and Guyana and have also discussed military collaboration with the PLA.[29] Such military agreements indicate a strong growth in Chinese security engagement with the Caribbean. Admittedly, these deals remain much smaller than the economic investments, and according to Ward China recognizes that “military [aid] isn’t its best option to gain allies” compared with infrastructure spending.[30] Nevertheless, such agreements represent a significant increase in foreign military engagement with the Caribbean. Any Chinese military deals in the Western Hemisphere carry a substantial symbolic punch and counter America’s regional hegemony. 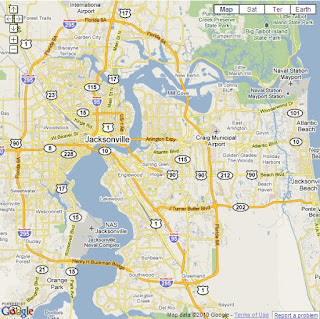 China’s Caribbean diplomacy has a few key goals. First, as noted, the economic deals represent an opportunity for financial gain. The impositions placed on Caribbean recipients provide favorable conditions for the Chinese investors. Secondly, China hopes to potentially flip some of the five Caribbean countries that currently recognize Taiwan.[31] Third, and most important, China can use its Caribbean outreach to advance its broader vision of development and international relations.[32]

I note that the Chinese "plan" to build an alternative to the Panama canal in Nicaragua is not mentioned, perhaps because it may be permanently stalled but probably ought to be thought about, if it's not a environmental disaster, it seems mostly a huge power and wealth grab by the national government "leadership" in their revolutionary zeal.

Well worth the full read.

The key takeaway is that China is working right next door.  Also worth noting that the U.S. reestablished the 4th Fleet in 2008, as set out here. 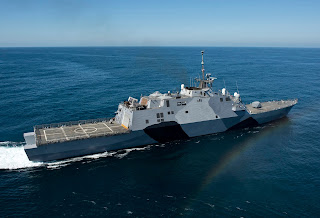 Freedom-class Littoral Combat Ships are being assigned to NavSta Mayport, FL, which puts them closer to the Caribbean.

Email ThisBlogThis!Share to TwitterShare to FacebookShare to Pinterest
Labels: Caribbean, Fun with China, US Navy