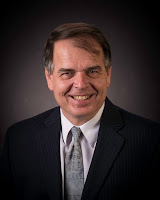 Please join us at 5pm (EDT) on 12 July for Midrats Episode 549: What a Navy is For with Sam Tangredi


Do policy makers and those who design our grand national strategy really understand what a Navy is? How does the planet's premier naval power seem to have trouble explaining why it needs a navy, what a navy does, and how to get it ready for war?

How do navalists set the table when it is time to define, invest, and assign roles, responsibilities, missions and who get what percentage of the DOD pie?

Our returning guest this Sunday to discuss this and related topics will be Sam Tangredi, and we will use his recent article, Does the Pentagon Understand What a Navy Is For?, as a starting point for our conversation.

Professor Tangredi was appointed as the Leidos Chair of Future Warfare Studies in March 2019 and since May 2017, has served as the director of the Institute for Future Warfare Studies. He initially joined the Naval War College as a professor of national, naval and maritime strategy in the Strategic and Operational Research Department, Center for Naval Warfare Studies in October 2016. He has published five books, over 150 journal articles and book chapters, and numerous reports for government and academic organizations. He is a retired Navy captain and surface warfare officer specializing in naval strategy. He held command at sea and directed several strategic planning organizations.

If you use Apple Podcasts, and miss the show live, you can pick up this episode and others and add Midrats to your podcast list simply by going here. Or on Spreaker. The show also is reportedly on Spotify.
Posted by Mark Tempest at 7/11/2020 07:30:00 AM