What Makes Being a Navy Surface Warfare Officer Different than All Other Career Fields? Forehandedness . . . 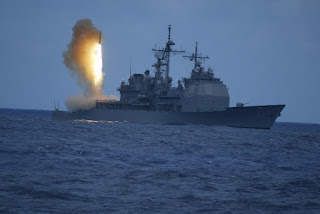 Sometime ago I asked What is a SWO?". The problem with being a Surface Warfare Officer (SWO) is that is a "jack of all trades" sort of job. You have to do and know a wide variety of things to become a good SWO, especially as you work into becoming an "Officer of the Deck" on a Navy ship.

To develop this thought, let me quote from the Admiral James Stavridis and Captain Robert Girrer book, Watch Officer's Guide, noting that while being a "watch officer" may be the single most important job of a Navy junior officer, it is but one of a number of tasks that make up a JO's day at sea.The topic at hand is "Characteristics of the OOD" - a position described in the book as


The officer of the deck (OOD) occupies a unique position in a naval ship. Nowhere in military or civilian life is there a parallel to the range and degree of responsibility that is placed in the hands of the OOD. As a direct representative of the captain, he or she acts with all the authority of command and, next to the captain and the executive officer (XO), is the most important person in the ship.
***
Qualification as OOD is the cornerstone of professional growth for a surface line officer and the most critical milestone of the surface warfare qualification.
***
As the captain's direct representative, the OOD is the only person on board who can make decisions that affect the safety of the ship and the lives of her crew. The captain cannot be on the bridge at all times, and as history has repeatedly demonstrated, the OOD sometimes has to take actions that determine whether shipmates live or die. Accountability is one of the reasons why the OOD holds a unique position. No OOD should ever forget that.

Well, what makes a good OOD? A vital trait is "forehandedness" which is a Navy term that not too different in intent from the Scouts motto of "Be Prepared!" Again to the Watch Office's Guide:


The watch officer should be ready for any situation. For that reason, the most important faculty for the watch officer to cultivate is forehandedness. If there is reason to think that there will be fog during a watch, he or she should check over the fog procedure before taking the deck. . . . The watch officer must always look ahead - a minute, an hour, and a day - and make it a matter of pride never to be caught unprepared.

The wise watch officer will mentally rehearse the action to take in event of a fire, a man overboard, s steering failure, or any other serious casualty. The habit is not too difficult to acquire and is certain to pay large dividends. Forehandedness is the mark of a successful watch officer. . . . 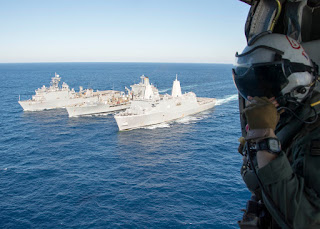 In addition to knowing how to navigate, an OOD must have thorough knowledge of the nautical rules of the road, and the many, many things attendant to "driving the warship" - a good watch officer has to have sufficient knowledge of how the engineering systems of the ship operate. Sometimes this is to know how much, if any, lead time is required for the engineering crew to be ready to any speed changes, sometimes it's to understand the nature of a engineering problem and the limitations that might cause. He or she also has to have knowledge the ships weapons systems and their capabilities and employment, of the ship's sensors and their operational status, as well as the systems of those ships that may be in company. A knowledge of flight operations and the needs of any helicopters or drones that may be deployed or ready to be employed. A knowledge of ship damage control. There are many other useful bits of knowledge that an OOD needs to have learned on the way to qualifying - all of which feed into forehandedness in predicting what will come next and what actions may be required to deal with them.

An OOD on a warship is in a far different position than a deck officer on a normal merchant ship, though there are similarities in the need to be prepared.

In a warship the OOD may be called upon to immediately take action to protect the ship from a sudden attack by authorizing the use of defensive weapons before he or she has the chance to speak with the captain. No 3rd mate on a container ship will ever have to make that call or face the consequences for doing so.

It is in training for, discussing with the CO, and continuous thinking of "what if" situations that a good watch officer hones the "faculty" of forehandedness.

But wait, there's more . . . in addition to developing and honing the knowledge and skill set to be a good OOD, the officers on Navy ships perform duties as division officers and department heads - providing leadership to the technically trained sailors who operate and maintain the ship's equipment. While much of the supervision of the technical work is delegated to chiefs and senior petty officers, a good officer has to know enough about the equipment to understand performance and repair issues. The division officer has to know the men and women assigned to his division and keep track of their training requirements, berthing condition, and any personal issues that may affect their performance for good or ill. Further, the division officer has to know his or her function at general quarters, when it's time to fight the ship or perform damage control. Thus, a junior officer may be both a bridge watch officer and also be the ship's damage control assistant.

There's a pretty good explanation of the responsibilities of a guided missile destroyer departments and divisions here, of which this is a part:

Mission
Operations Department supports the ship in sustained operations at sea as a part of a Joint Task Group or as an independent unit in Anti-Air, Anti-Surface, Anti-Submarine and Strike Warfare operations against the enemy. Secondary roles include fixed and rotary-wing aircraft control, electronic navigation, electronic and visual communication, Naval Gunfire Support, electronic warfare, search and rescue.

Organization
The Operations Officer (OPS) is responsible for the evaluation and dissemination of combat and operational information required for the ship to fulfill its assigned mission. Other duties include serving as Command Training Officer, Command Safety Officer, and Primary Security Assistant.

OD DIVISION.
OD Division, run by the First Lieutenant, is comprised of Boatswain's Mates (BMs), one of the traditional ratings in the United States Navy, and undesignated seamen. Experts in deck seamanship, BMs safely execute all deck evolutions, such as anchoring, mooring, underway replenishment, small boat operations, and flight deck operations. OD Division is also responsible for the preservation and painting of the ship. Deck Seamen (SN) are the ship's deck maintenance workforce. They assist the Boatswain's Mates in operating deck equipment and in maintaining topside spaces.

OI DIVISION.
Led by the Combat Information Center Officer (CICO), OI Division consists of Operations Specialists (OSs). They operate radars, navigation equipment, and communication equipment in the Combat Information Center (CIC). They evaluate radar displays, identify contacts, and carry out the tactical decisions for the Combat System. They plot imagery data using maps and charts and receive data from computerized intelligence systems ashore and afloat. This division is responsible for the collection and dissemination of all combat information required for the ship to assess the tactical situation, and successfully employ the unique combat capabilities of the complex warship.
The OSs always remain “FROSTY and OSCAR MIKE!”

NN DIVISION.
NN Division, led by the Navigator, consists of Quartermasters (QMs), who are responsible for the safe navigation in the ship, and for visual communications. Quartermasters maintain all the charts and equipment necessary to safely navigate the ship. When the ship is underway, a Quartermaster is always on watch on the bridge to determine the ships position, assist the Officer of the Deck, and track the Path of Intended Movement (PIM). QMs are experts in visual communications, allowing the ship to communicate with other ships in sight, without using electronic means, which can be detected by the enemy.

OT DIVISION.
OT DIVISION consisting of the Cryptological Technicians (CTRs, CTTs, CTMs) operating in both CIC and SSES. The CTs encrypt, decrypt, and jam all ranges of signals and information both friendly and foe.

If you have the feeling that operating a warship at sea is a complex endeavor, you are correct. It's the reason why Surface Warfare Officers are different because it's necessary for them to be good at their complex and numerous jobs.
Posted by Mark Tempest at 7/23/2020 04:20:00 PM