"Crisis du jour" should not be a way of life. 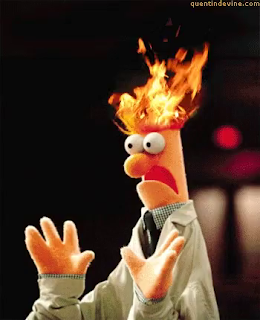 Just a reminder that just because someone loses their head every time something doesn't make them happy, it's not a "crisis" it's just an immature person having a temper tantrum.

Or perhaps: “When everything is a crisis and a scandal, the end result is that nothing is.”

The law of crisis is that crisis-talk fuels itself: Every time a choice is pitched as life-or-death, or an institution is pronounced “in crisis,” panic and partisanship and zero-sum thinking gain ground. Use of crisis mirrors your ideological commitments. If you want to raise the temperature, then breathlessly framing your cause as a crisis will do the trick. Crisis-talk is the gas pedal, not the brakes.

Eric Hoffer in his book, The Temper of Our Time described it as a "time of juveniles."

The significant point is that juvenilization inevitably results in some degree of primitivization. We are up against the great paradox of the twentieth century: namely, that breakneck technological advance has gone hand in hand with a return to tribalism, charismatic leader, medicine men, credulity, and tribal wars. p22.

I leave it you to judge whether Mr. Hoffer was describing our times.

As for me, I'm working on my stoicism.

Email ThisBlogThis!Share to TwitterShare to FacebookShare to Pinterest
Labels: Crisis After Crisis