Cited this before, but it's worth repeating. Passive resistance requires courage but can be extremely effective. 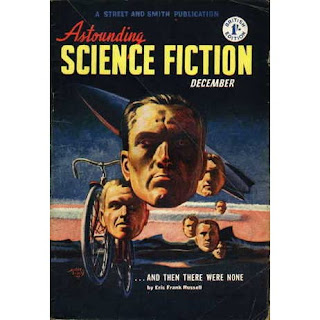 For some fun thinking on how passive resistance works, see Eric Frank Russell's "And Then There Were None"

“What does this F. — I.W. mean?”
“Initial-slang,” informed Baines. “Made correct by common usage. It has become a worldwide motto. You’ll see it all over the place if you haven’t noticed it already.”
“I have seen it here and there but attached no importance to it and thought nothing more about it. I remember now that it was inscribed in several places including Seth’s and the fire depot.”
“It was on the sides of that bus we couldn’t empty,” put in Gleed. “It didn’t mean anything to me.”
“It means plenty,” said Jeff. “Freedom — I Won’t!”
“That kills me,” Gleed responded. “I’m stone dead already. I’ve dropped in my tracks.” He watched Harrison thoughtfully pocketing the plaque.
“A piece of abracadabra. What a weapon!”
“Ignorance is bliss,” asserted Baines, strangely sure of himself. “Especially when you don’t know that what you’re playing with is the safety catch of something that goes bang.”
“All right,” challenged Gleed, taking him up on that. “Tell us how it works.”
“I won’t.” Baines’ grin reappeared. He seemed to be highly satisfied about something.
“That’s a fat lot of help.” Gleed felt let down, especially over that momentary hoped-for reward. “You brag and boast about a one-way weapon, toss across a slip of stuff with three letters on it and then go dumb. Any folly will do for braggarts and any braggart can talk through the seat of his pants. How about backing up your talk?”
“I won’t,” repeated Baines, his grin broader than ever. He gave the onlooking Harrison a fat, significant wink.
It made something spark vividly within Harrison’s mind. His jaw dropped, he dragged the plaque from his pocket and stared at it as if seeing it for the first time.
“Give it back to me,” requested Baines, watching him.
Replacing it in his pocket, Harrison said very firmly, “I won’t.”
Baines chuckled. “Some people catch on quicker than others.”
Resenting that, Gleed held his hand out to Harrison. ‘Let me have another look at that thing.’
‘I won’t,’ said Harrison, meeting him eye to eye.
‘Hey, don’t start being awkard with me. That’s not the way—’ Gleed’s protesting voice petered out. He stood there a moment, his optics slightly glassy, while his brain performed several loops. Then in hushed tones he said, ‘Good grief!’
‘Precisely,’ approved Baines. ‘Grief and plenty of it. You were a bit slow on the uptake.’
Overcome by the flood of insubordinate ideas now pouring upon him, Gleed said hoarsely to Harrison, ‘Come on, let’s get out of here. I’ve got to think. I want to sit somewhere nice and quiet while I think.’
There was a tiny park with seats and lawns and flowers and a little fountain around which a small group of children were playing. Choosing a place facing a colourful carpet of exotic un-Terran blooms, they sat and brooded for quite a time.
Eventually, Gleed commented, ‘For one solitary, mulish character it would be martyrdom, but for a whole world—’ His voice drifted off, came back. ‘I’ve been taking this as far as I can make it go and the results give me the leaping fantods.’
Harrison said nothing.
‘For instance,’ Gleed continued.‘Suppose that when I go back to the ship that snorting rhinoceros Bidworthy gives me an order. And I give him the frozen eye and say, ‘I won’t.’ What happens? It follows as an inviolable law of Nature that he either drops dead or throws me in the clink.’
‘That would do you a lot of good.’
‘Wait a bit—I haven’t finished yet. I’m in the pokey, demoted and a disgrace to the service, but the job still needs doing. So Bidworthy picks on somebody else. The victim, being a soul-mate of mine, also donates the icy optic and says, ‘I won’t.’ Into the jug he goes and I’ve got company. Bidworthy tries again. And again and again and again. There are more of us crammed in the brig. It will hold only twenty. So they take over the engineers’ mess.’
‘Leave our mess out of this,’ requested Harrison.
‘They take over the mess,’ insisted Gleed, thoroughly determined to penalize the engineers. ‘Pretty soon it’s filled to the roof with I-won’ters. Bidworthy is still raking them in as fast as he can go—if by then he hasn’t burst a dozen blood vessels. So they take over the Blieder dormitories.’
‘Why keep picking on my crowd?’
‘And pile them ceiling-high with bodies,’ Gleed said, deriving sadistic pleasure from the picture. ‘Until in the end Bidworthy has to get buckets and brushes and go down on his knees and do his own deck-scrubbing while Grayder, Shelton and the rest take turn for guard-duty. By that time His Loftiness the Ambassador is in the galley busily cooking for the prisoners and is being assisted by a disconcerted bunch of yessing pen-pushers.’ He had another look at this mental scene. ‘Holy smoke!’

Email ThisBlogThis!Share to TwitterShare to FacebookShare to Pinterest
Labels: F=IW