King and the Legacy of Non-Violent Protest 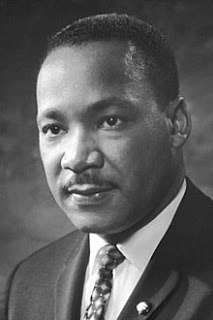 What is the best path to protest unjust laws and practices? Knowing that violence results in more violence, Dr. King encouraged a non-violent resistance as set out here.

The essence of his approach:

1. Nonviolence is a way of life for courageous people.
• It is active nonviolent resistance to evil.
• It is assertive spiritually, mentally, and emotionally.
• It is always persuading the opponent of the justice of your cause.

6. Nonviolence believes that the universe is on the side of justice.
• The nonviolent resister has deep faith that justice will eventually win.