Somali Pirates: Bad Weather Off Somalia and a Rescue at Sea

A bit of uncomfortable weather off the coast of Somalia, as observed here: 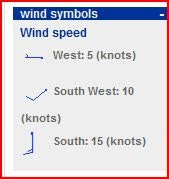 As a result a NATO ship had some rescue work to do:


A Royal Navy warship on Nato counter-piracy operations rescued the crew of a merchant vessel after it was caught in a tropical cyclone off the Somalian coast, it has emerged.
The drama began early on Thursday when HMS Chatham received a distress call from the cargo ship MV Dubai Moon which was listing heavily and was in danger of running aground on a reef.
In a three-hour operation in rough seas and high winds, the warship's helicopter was launched and 23 seamen winched to safety.
Commander Simon Huntingdon, HMS Chatham's commanding officer, said: "This rescue was conducted in the most challenging sea conditions imaginable and I am extremely proud of my ship's company whose sole focus was to assist the Master and crew of MV Dubai Moon.
"It was, without doubt, the professionalism and courage of my sailors and aircrew that ensured this rescue was a success." 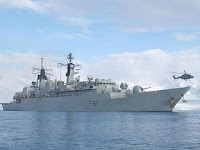 Speaking after the rescue, Hassan Madar, the Ethiopian Master of the MV Dubai Moon, said: "Normally we operate close to the coast, but we had to go far out to sea to avoid pirates. That meant we could not find shelter from the storm.
"If we had not been rescued by the Royal Navy and Nato we would have died with my ship. They were the only people to respond to our distress call. We owe them our lives."

UPDATE: More on the weather in the Gulf of Aden here: 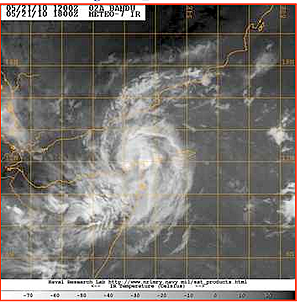 Tropical Cyclone 02A has formed in theArabian Sea off the coast of Somalia. This system could bring heavy flash flooding to Yemen by the weekend. The storm has already lashed Socotra Island, Yemen, with torrential downpours and high winds.
If the storm continues on its predicted track, it should impact the coast of mainland Yemen, with the biggest impact occurring Saturday into Sunday.
The arid climate could experience very heavy rainfall, which could lead to flash flooding.