Following hot on the heels of EU NAVFOR French ship Tonnerre's success, who earlier today (1st May) tracked down and destroyed a mother ship, EU NAVFOR FS Lafayette destroyed another Mother ship and held another 9 suspected pirates for questioning.
A helicopter from the Lafayette spotted a pirate action group (PAG), with one mother ship and one skiff, in the Indian Ocean, between Mogadishu and the Seychelles.
When detected, the suspected pirates tried to escape and threw paraphernalia over board. The helicopter fired warning shots and the mother ship finally stopped. 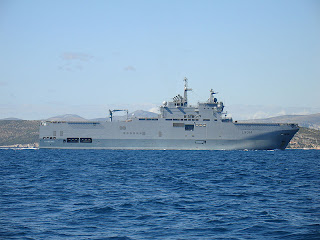 Lafayette then did an unopposed boarding and found evidence to show the intention of the suspects to commit piracy. Nine individuals were held for further investigation and the mother ship was destroyed. The skiff was taken onboard Lafayette, as evidence.
This is the second successful disruption on the same day which continues to show EU NAVFOR's more offensive strategy is working. The joint action by EU NAVFOR's French warships Tonnerre and Lafayette and Maritime Patrol Aircraft from the Seychelles was evidence of excellent teamwork and a determination to fight these criminal acts. 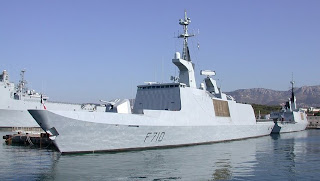 In another action today, a unit from Task force 508 (NATO) disrupted a PAG and held 5 suspects. EU NAVFOR works closely with other coalition forces in the area (including CMF) and sharing assets such as EU NAVFOR's Maritime Patrol Aircraft, makes for a potent and extremely effective combination in fighting piracy.