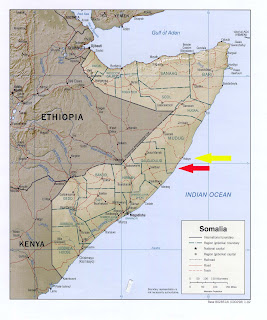 
Somali pirates have moved three hijacked ships from the port of Harardheere, which was seized by Islamist militants on Sunday.

Witnesses say pirates sent the three ships farther out to sea as fighters from the insurgent group Hizbul Islam stormed into Harardheere, prompting pirates there to flee.

The destination of the ships is not known but many of the pirates have fled to another pirate stronghold, Hobyo, farther north on Somalia's eastern coast.

However, pirates from the area say Hizbul Islam had demanded a cut of the pirates multi-million dollar business – hijacking ships for ransom.