Denmark's ruling party, the Liberal Party, on Tuesday proposed that the Danish navy should be able to sink mother ships to disrupt piracy, the Politiken newspaper reported.

Liberal Party spokesman Michael Aastrup Jensen said that the mother ships are used as platform for skiffs which are used by pirates to attack merchant and other vessels in diverse areas. 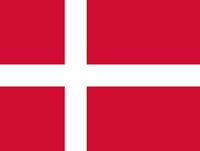 Jensen added that the proposal on how to combat piracy will be published on Tuesday. The Liberal Party also proposed that Danish naval mandate should allow to board and confiscate pirates' mother ships.
***
Nils Wang, current Commanding Officer of the Danish Defense Academy, said that a wider strategy is needed for anti-piracy operations in the Indian Ocean than simply chasing pirates.

"There are many different initiatives that have to come into play, and the pirates have to be helped to get back into fisheries," said former officer of the Admiral Fleet Denmark. "The problem is that overall, what is going on in anti-piracy is relatively uncoordinated, and that is a major problem."

Wang proposed that the United Nations sets up a new and efficient coastguard, in which Denmark could contribute. Wang's proposal calls for foreign ships to pay fishing licenses so that Somali pirates can once again work as fishermen.
***

"...{Anti-piracy is relatively uncoordinated, and that is the major problem." Okay - you put your finger on the problem - but who will lead the way to a solution?

The same internationalists who up to now have been wringing their hands and dithering? The crowd that thinks passing a strongly worded UN resolution is the same as doing something?

The same folks who will worry about whether the Danish flag is just too un-PC to go after largely Muslim pirates?

In a neatly related note, Norway has suggested arming its merchant ships to fight pirates, as set out here:


Norway is considering arming Norwegian ships to protect crews from piracy, Industry Minister Trond Giske Friday tells business daily Dagens Naeringsliv.
Giske said he will present proposals Friday for new regulations to combat piracy.
"Mafia organizations are involved in piracy. These are no[t] poor kids who row out and highjack big boats," Giske said.
The Norwegian Ministry of Trade and Industry calls for regulation on the use of armed guards in accordance with the Ship Safety Act, and the Ministry of Justice has prepared a regulation change that would allow Norwegian-registered ships temporarily to have firearms on board.