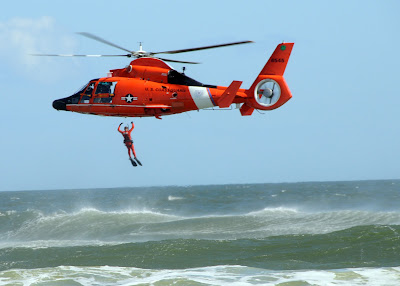 Coast Guard releases top videos of 2010, asks public to vote for favorites
WASHINGTON — The U.S. Coast Guard released its top 11 video compilation for 2010, Monday, highlighting the year's most compelling cases from the work done every day by America's Coast Guard.
The Coast Guard selected 11 videos to recognize the service's 11 statutory missions
and is inviting the public to vote for their favorite video as part of the service's 2010 Video of the Year contest. In 2010 the Coast Guard:
"The Coast Guard's Top 11 Videos of 2010 highlight the dynamic and challenging environment our men and women operate in daily, as well as during major response operations such as the Deepwater Horizon oil spill and the Operation Unified Response to assist the people of Haiti after the earthquake," said Coast Guard Commandant Adm. Bob Papp.  "We conduct many of our missions out of the public eye, so I'm excited to take time at the end of the year to showcase the work of America's Coast Guard men and women.  I encourage people to vote for the video they like best and I'm eager to learn the results of this year's contest."
The top 11 video compilation is available for viewing and download from the Coast Guard visual information site at http://cgvi.uscg.mil/media/main.php?g2_itemId=1081158 and on YouTube at http://www.youtube.com/watch?v=PQ2rgclfiaQ
.  The top 11 video compilation includes:
Starting Tuesday, Dec. 21, and running through Dec. 31, the Coast Guard's official blog, the Coast Guard Compass, will publish one of the 11 videos each day featuring commentary from a service member involved in the mission. The public is encouraged to vote for their favorites by leaving a positive comment for the video on the blog at http://coastguard.dodlive.mil/, or by choosing to “like” their favorites on YouTube in the Coast Guard's 2010 Video of the Year playlist at http://www.youtube.com/user/USCGImagery?feature=mhum#p/c/1127964652239861or on the Coast Guard’s Facebook page at www.facebook.com/uscoastguard.
For complete contest details please visit the Coast Guard Compass at  http://coastguard.dodlive.mil/index.php/2010/12/your-vote-counts-coast-guard-video-of-the-year/.