So, a few days ago, there was a report of a tanker going missing off Angola - see here:

The Angolan navy and air force is hunting suspected pirates after an oil tanker went missing in its waters.

Navy Captain Augusto Alfredo told the BBC that an unknown vessel had been seen near the Greek-owned 75,000 tonne MT Kerala as it lay off Luanda's port.

But he said he could not confirm it was a pirate attack, which would be the first in the country's waters.


A fuel tanker is suspected to have been hijacked by pirates off the coast of Angola, the ship's owners said on Wednesday, in what would be the most southerly attack to date by pirates off West Africa.
***
The 75,000 deadweight tonne Liberian-flagged fuel tanker MT Kerala lost contact with its Greece-based owner Dynacom on January 18. The ship was last seen around seven nautical miles from the Angolan capital Luanda, according to a security source.

"It is suspected that pirates have taken control of the vessel," Dynacom said in a statement, adding it had no confirmation.

If true, it would be hundreds of miles (kms) further down the coast than the previously most southerly reported attack, when pirates hijacked a tanker off Gabon last year. They were suspected of siphoning oil from the vessel.

One security source said the MT Kerala was loaded with gasoil. 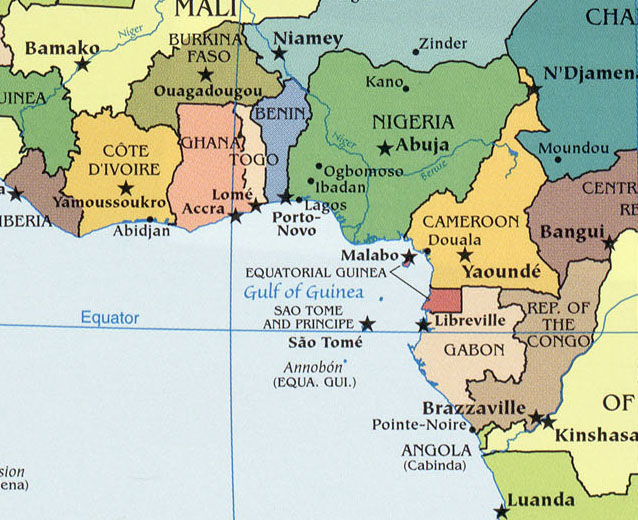 Angola's navy said on Sunday the crew of an oil tanker that vanished off its coast on January 18 had turned off communications to fake an attack, seeking to calm energy sector fears that the vessel had been hijacked by pirates.

Unconfirmed reports that the tanker had been seized raised concern that piracy off West Africa was spreading south from the Gulf of Guinea, near Africa's biggest oil producer Nigeria, where most hijacking gangs are believed to originate.
***
Captain Augusto Alfredo, spokesman for the Angolan navy, said the missing Liberian-flagged MT Kerala has been located in Nigeria and that reports of a hijacking were false.

"It was all faked, there have been no acts of piracy in Angolan waters," he told Reuters. "What happened on January 18, when we lost contact with the ship, was that the crew disabled the communications on purpose. There was no hijacking."

Alfredo declined to comment on how the navy had established the behaviour of the MT Kerala's crew, saying only that other authorities may provide further details later.

And now from the shipowners, a denial of the denial, :


The Greek owners of an oil tanker that vanished off the Angolan coast on Jan. 18 said on Sunday that pirates had hijacked the vessel and stolen a large quantity of cargo, contradicting the Angolan navy's denial that such an assault took place.

Greece-based Dynacom, owners of the 75,000 deadweight tonne Liberian-flagged tanker MT Kerala, said it had managed to contact crew on the vessel who reported the pirates had left.

"Pirates hijacked the vessel offshore Angola and stole a large quantity of cargo by ship-to-ship transfer. The pirates have now disembarked," the company said in a statement.

It did not provide any further details on the attack or the ship's current location but added that all crew were safe.

Dynacom's version of the events contradicted an account from the Angolan navy, which alleged the crew had turned off the ship's communications to fake a pirate attack.

“Piracy consists of any of the following acts:

(a) any illegal acts of violence or detention, or any act of depredation, committed for private ends by the crew or the passengers of a private ship or a private aircraft, and directed:
(i) on the high seas, against another ship or aircraft, or against persons or property on board such ship
or aircraft;
(ii) against a ship, aircraft, persons or property in a place outside the jurisdiction of any State;
(b) any act of voluntary participation in the operation of a ship or of an aircraft with knowledge of facts making it a pirate ship or aircraft;
(c) any act inciting or of intentionally facilitating an act described in sub-paragraph (a) or (b).”

Sooooo .... a crew that hijacks its own ship commits an act of piracy, if the hijacking took place on the high seas. If it took place, say, in Agolan waters - well, perhaps it is grand theft or something. And if the ship then was moved to Nigerian waters? Well, there will be some fun sorting all of this out.

As with many odd sea-related events, the question of most concern is where the insurance, if any, comes into play.