The United States suffers from a kind of "sea blindness" — an inability to appreciate the central role the oceans and naval power have played in securing our strategic security and economic prosperity. One symptom of this bipartisan malady has been that the country is failing to take an active role in shaping the world order of the oceans to promote our national interest.

This sea blindness is manifest in a number of policy choices, including the Pentagon's fiscal struggle to fund a powerful naval fleet and a national oceans policy that has virtually ignored the importance of sea power. *** 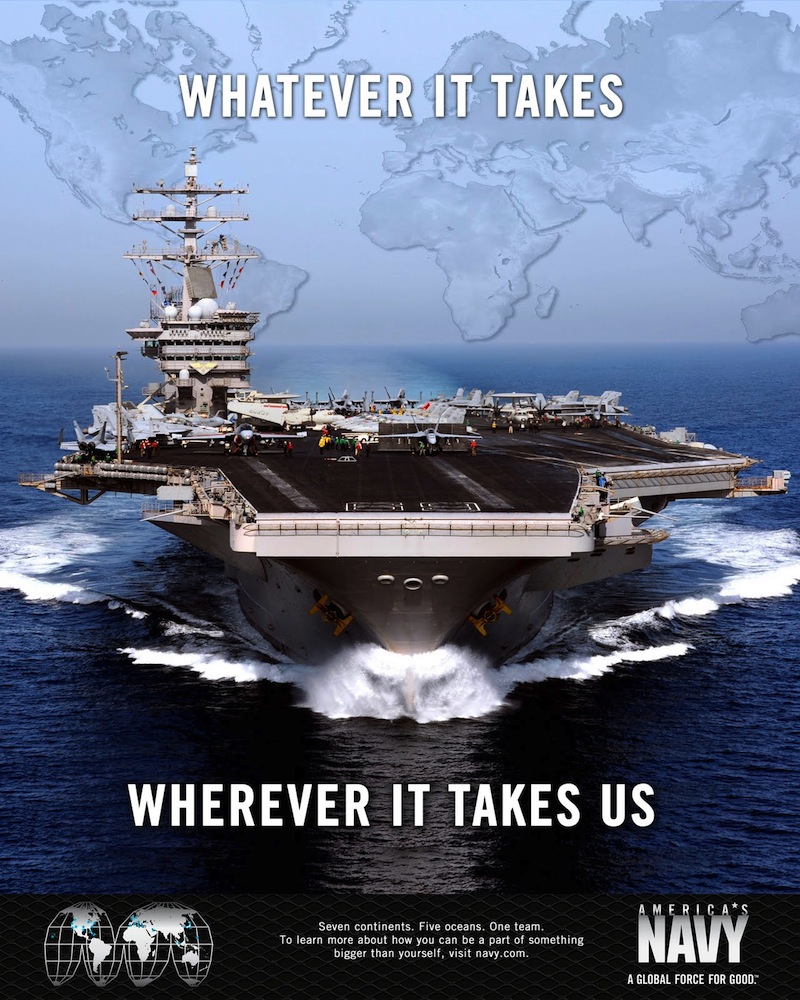 The U.S. is not alone in suffering from this odd sort of failure to see the obvious - Britain has been accused of suffering the same infliction. "Ministers accused of 'sea blindness' by Britain's most senior Royal Navy figure":


In an interview with The Daily Telegraph, Sir Jonathon Band, First Sea Lord, says there is a pressing need to hold a debate on Britain’s defence priorities. He discloses that he has even had to remind ministers - keen to set more missions for the Royal Navy while simultaneously culling the fleet - a ship can’t be in two places at once. The admiral, stepping down after three and a half years, even warns that Britain is “losing the ability to think strategically”.

“I think government could continue to learn,” says Band, known in senior defence circles as “T1SL”. “Until recently there’s been sea blindness. Is it because people get into politics for domestic rather than international reasons? There are a whole bunch of issues, some of it is background.”

And he warns politicians who see defence as ripe for cuts: “You don’t need to be an economist to realise major countries face a challenging outlook, but just because things are tough, don’t stop insuring your house. We have to have a strategic debate. Looking round the world, I don’t see it calming down; I don’t see any argument for Britain doing less.”

One would think that Britain, an island nation, would be keenly aware of the value of the maritime domain. But, as noted here:


The reality is that people have short memories – while they remain keen of the concept of the Royal Navy as an institution, and there is a keen sense of national pride in the values, history and tradition of what it represents, there does not seem to be a groundswell of popular support to pay to maintain a large standing navy.
***
More broadly, this author would argue that ‘Sea Blindness’ when it comes to understanding the maritime domain is not a new condition – people have historically not understood the dependency that humanity has on the sea. In reality, although the UK is an island, very few people relatively speaking actively involve themselves in maritime matters. Outside of the small fishing / trading community, or those who work in the maritime support sector, it is probably fair to argue that most people simply don’t have the professional links to see the sea for what it is – an essential gateway to prosperity and survival.

While the U.S. is not quite an island nation, it is a nation deeply dependent on the seas and the free flow of commerce across them.

Our neighbors to the north have also raised the "sea blindness" flag (or perhaps the "maritime blindness" flag), set out in this Canadian Naval Review editorial (pdf): 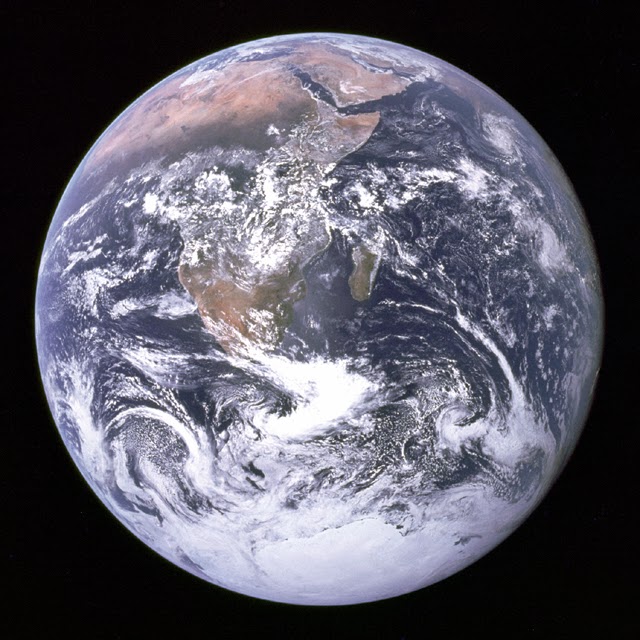 It seems that the primary symptom of sea blindness is political and public apathy to the economic importance of the oceans. A secondary factor is the lack of consensus on the size and type of naval forces needed to maintain order at sea and how it should be done. Ironically, environmental threats to the oceans are widely viewed with concern while the economic argument seems far less important.

The Canadians raise the issue of whether "sea blindness" is a matter of indifference or of ignorance - both of which require those in favor of a strong navy to engage their fellow citizens in explaining the value of naval forces. Then the same editorial contains a challenge to the naval proponents:


Assuming that it is the navy’s role to educate, perhaps there is a requirement to return to the question Professor Samuel P. Huntington raised in the 1950s, when he asked of the US Navy “[w]hat function do you perform which obligates society to assume responsibility for your maintenance?”

You can read Professor Huntington words at the U.S. Naval Institute blog post, From Our Archive: NATIONAL POLICY AND THE TRANSOCEANIC NAVY by Samuel P. Huntington. Of interest is this opening salvo:


The fundamental element of a military service is its purpose or role in implementing national policy. The statement of this role may be called the strategic concept of the service. Basically, this concept is a description of how, when, and where the military service expects to protect the nation against some threat to its security. If a military service does not possess such a concept, it becomes purpose-less, it wallows about amid a variety of conflicting and confusing goals, and ultimately it suffers both physical and moral degeneration.

It appears that, as cuts loom, there are those who understand the purpose of the fleet and warn about the future that budget choices push - Acting Deputy Secretary Fox's remarks at the 2014 USNI/AFCEA WEST Conference, San Diego, California are to the point - first she points out that the U.S. is a "maritime nation" and then discusses future trends:


With defense dollars, investment dollars in particular, growing scarcer, it is all the more of an imperative for defense leaders to make strategically sound choices when it comes to the military's modernization priorities. The U.S. Navy is unique amongst the military services in never having been seriously challenged in direct at-sea combat since the end of the Second World War. The U.S. enjoys a margin of military superiority today in the Pacific, but we cannot ignore the reality that American dominance on the seas, in the skies, and even in space can no longer be taken for granted going forward.

As we confront the implications of this new reality, I'd like to share two major points. First, as the military transitions from a decade of fighting insurgents and terrorists, we don't have the luxury going forward of assuming a permissive environment for U.S. naval air or sea assets, whether for fighters, close air support, UAVs, amphibious landings, or surface combatants.

With respect to the Navy, as I alluded to a moment ago, the threats to surface combatants continue to grow, not just from advanced military powers, but from the proliferation of more advanced, precise anti-ship munitions around the globe. Clearly, this puts a premium on undersea capabilities, submarines, that can deploy and strike with relative freedom of movement.

For aerial platforms, we need the ability to strike from over the horizon from secure locations, whether that capability comes from missiles, bombers, tactical aircraft, manned or unmanned.

But with limited resources and global responsibilities, we simply can't afford to build a Navy tailored for one region or one kind of fight. We need a flexible portfolio of capabilities that can operate along the full spectrum of conflict and military operations.

Nonetheless, given more advanced anti-ship munitions being developed by potential adversaries, I believe it is an imperative to devote increasing focus and resources to the survivability of our battle fleet. Niche platforms that can conduct a certain mission in a permissive environment have a valuable place in the Navy's inventory, yet we need more ships with the protection and firepower to survive against a more advanced military adversary. Presence is important, presence with a purpose and with capability.

Second, when defense budgets decline, there is a natural tendency to hang on to combat forces at the expense of enablers, yet we all know that enablers can be decisive force-multipliers. With the U.S. Navy able to outgun any and all comers, potential adversaries will look to take away our inherent military advantages, to include the use of electronic warfare and other countermeasures. Capabilities that can overcome these threats represent critical enablers that we neglect at our peril.

In many respects, the U.S. Navy has been so dominant for so long at sea that I worry we never really embraced these solutions at all. The time to start investing in the next generation of electronic warfare is now.

However, the resources will be only available to buy these and other modern capabilities our military needs on land, sea and in the air if we start reshaping and rebalancing all of America's defense institutions, and soon. Let me provide some context.
***
All of these factors -- the strategic environment, the fiscal environment, the political environment, and bureaucratic realities of the defense enterprise point to the conclusion that the military must get smaller over the next five years.

It is not an ideal course of action. It contains real risks. A smaller force, no matter how ready or technologically advanced, can go fewer places and do fewer things. But given current realities, it is the only plausible way to generate the savings necessary to adequately fund training, readiness, modernization, and avoid the prospect of a hollow force in the future. It also puts the department in the best position to accomplish the highest priority military missions associated with the current defense strategy.

The U.S. Navy has a mission: Protect the United States of America.

How to prevent sea blindness? Tell the story of the importance of freedom of the seas to our nation. You can leave out the "Global Force for Good" stuff.