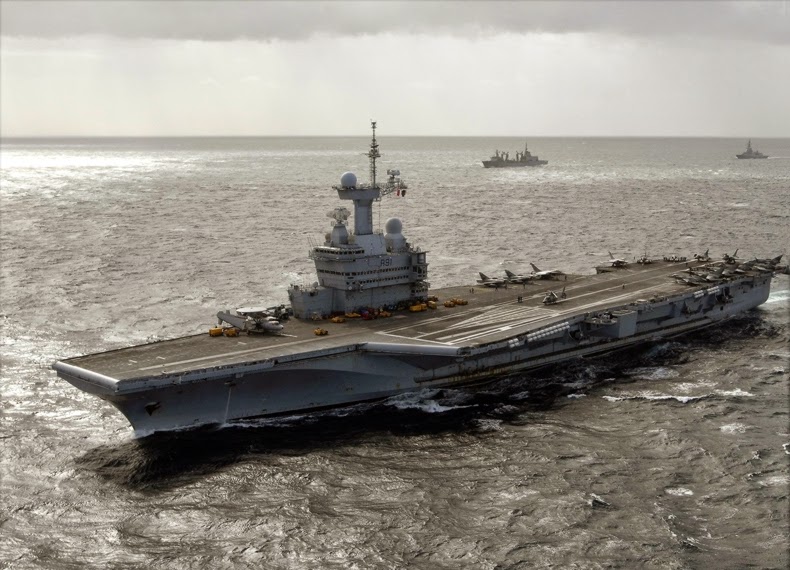 "The integration of the Charles de Gaulle in the operation... (in Iraq) begins this morning," a member of Defence Minister Jean-Yves Le Drian's staff told AFP.

The agency reports that the first Rafale fighter jet took off from the aircraft carrier on Monday morning. The warship was sailing about 200 kilometres (120 miles) off the coast north of Bahrain in the direction of Iraq.

Jets sent from the carrier reach Iraq twice as fast as those, flying from their base in the United Arab Emirates.

In apparently unrelated news, France's Dassault Aviation has made an export sales of Rafale fighters to Egypt, as noted by Aviation Week here:

Egypt will take delivery of 3-5 Rafales in the next few months after recently signing a contract for 24 aircraft—marking an unusually rapid sequence of events. Egypt has long been considered a potential customer but such haste between signing and delivery is unheard of, even considering the hostile geopolitical tensions in the region. However, Cairo’s military wants to flex muscles by putting up-to-date combat aircraft into service as soon as possible.
***
. . .(Rafale is more biased to air-to-ground versus air-to-air combat, and may therefore be better suited to most of today’s confrontations). . .

In the fight against ISIS, have additional competent air-to-ground fighters is a good thing.

France seems very interested in taking it to the would-be califatians for some reason. C'est bon!

It should be noted that France and the U.S. have occasionally demonstrated the interoperability of their carrier-based aircraft by landing and taking off from each other's deck. See here. 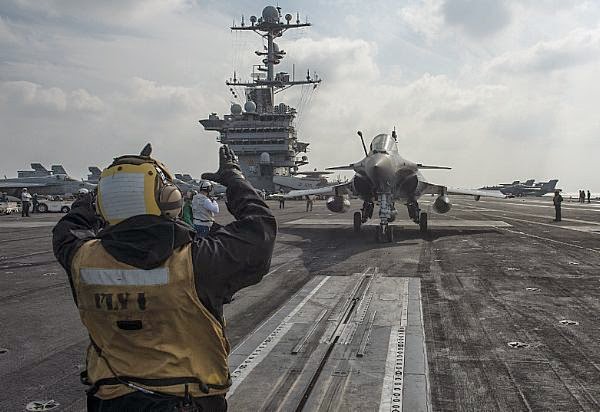 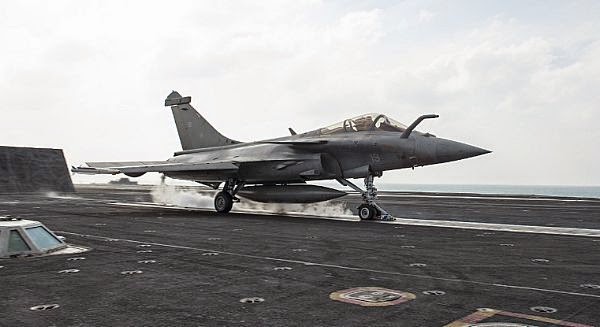