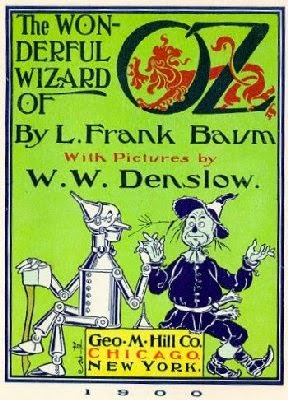 
A great deal of what the Left does, especially under Obama’s leadership, amounts to conjuring prosperity by chanting magic spells.


After World War II anthropologists discovered that an unusual religion had developed among the islanders of the South Pacific. It was oriented around the concept of cargo which the islanders perceived as the source of the wealth and power of the Europeans and Americans. This religion, known as the Cargo Cult, held that if the proper ceremonies were performed shipments of riches would be sent from some heavenly place. It was all very logical to the islanders. The islanders saw that they worked hard but were poor whereas the Europeans and Americans did not work but instead wrote things down on paper and in due time a shipment of wonderful things would arrive.

Humorously, there was a Psychology Today article on The Tea Party as a Cargo Cult:


The free market is the talisman that the Tea Party is praying will re-establish the good times. When a Cargo Cult is created, people display an ardent, irrational attachment to symbols of wealth and irrelevant markers of former times. Tea Partiers have associated in their minds the idea of a simple, rural America with the prosperity and world dominance they and the country previously enjoyed.

But no amount of bowing to images of Sarah Palin in wader boots supposedly fishing for her family's dinner is going to bring those days back. And, when Cargo Cults crash, the resulting human debris - in terms of addiction, suicide, and violence - isn't nearly so pretty as the airplanes Cargo Culters built out of flotsam.

Seeking a smaller, less taxing government is exactly like performing ceremonies to bring wealth from the heavens . As opposed to repeatedly demanding that the "rich" (top 1%ers) pay "their fair share," you know.
Posted by Mark Tempest at 2/21/2015 01:39:00 PM