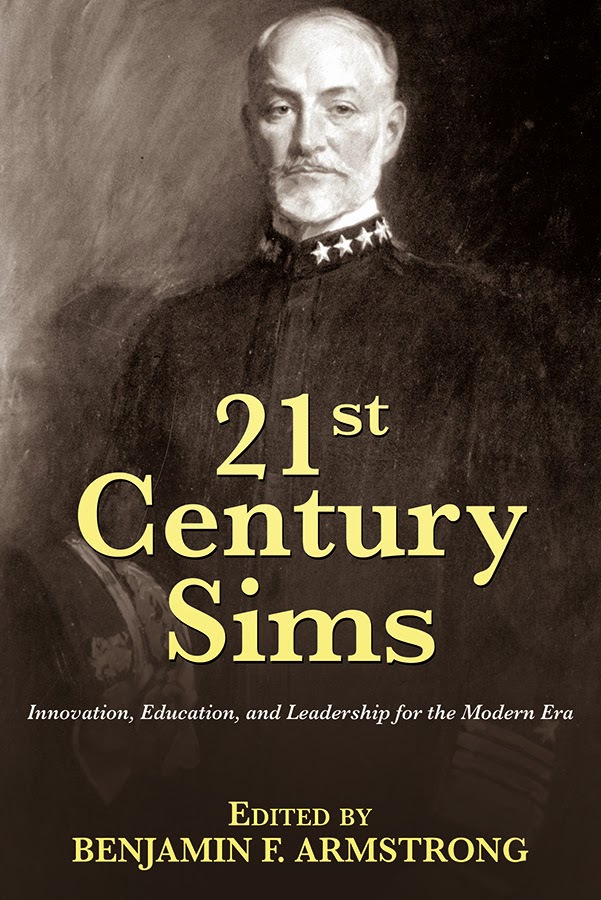 
Who was "The Gun Doctor," the officer over a century ago led the revolution in naval gunnery, the development of torpedo boat and destroyer operations, and during WWI served as the senior US naval commander in Europe? More than the man instrumental in the establishment of the convoy system that helped keep the United Kingdom from starvation in the conflict, following the war his leadership as president of the Naval War College he help to established the creative and innovative Navy that in the interwar period developed the operating concepts for the submarines and aircraft carriers that led the victory in World War II.

What are the lessons of a century ago taught by Admiral William S. Sims, USN that are critically important for the serving officer today?

Our guest for the full hour to discuss this latest book, 21st Century Sims, will be returning guest, LCDR Benjamin Armstrong, USN.

Benjamin "BJ" Armstrong is a naval aviator who has served as a helicopter pilot flying amphibious search and rescue and special warfare missions and as the Officer-in-Charge of a Navy helicopter gunship detachment deployed for counter-piracy and counter-terror operations. He is a PhD Candidate in the Department of War Studies, King's College, London.