Tuesday Reading: Drug Submarines and Other Things Indicating We Live in a Very Dangerous World

Suggestions to while away your day or week. 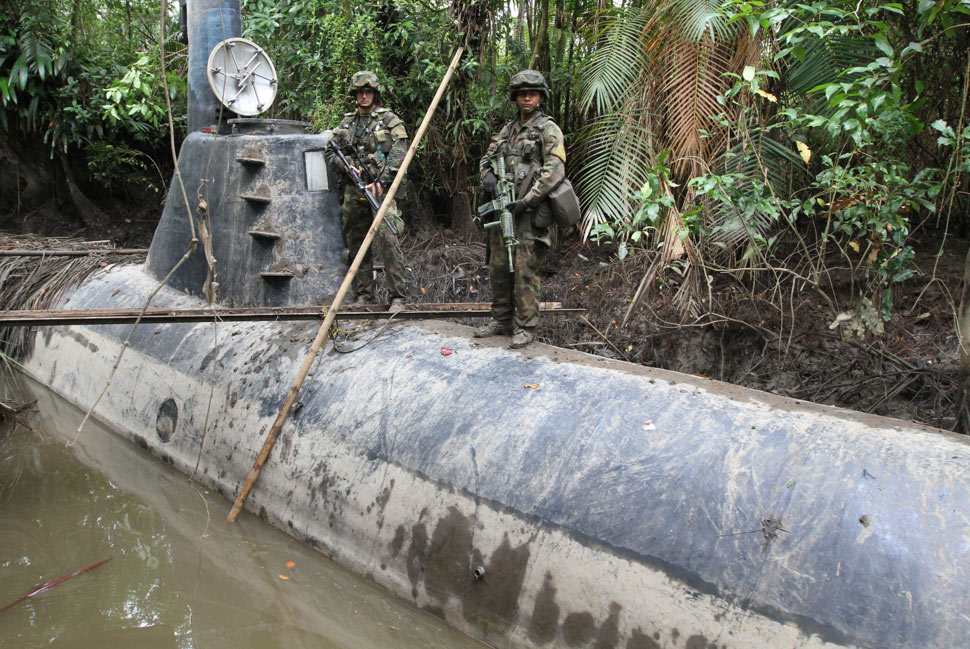 
Just over 20 years ago, narco-submarines emerged as an alternative method of transporting narcotics. This study is important and relevant to the present challenges faced by law enforcement authorities and militaries as it specifically focuses on these specially fabricated vessels that have been used for drug smuggling purposes. 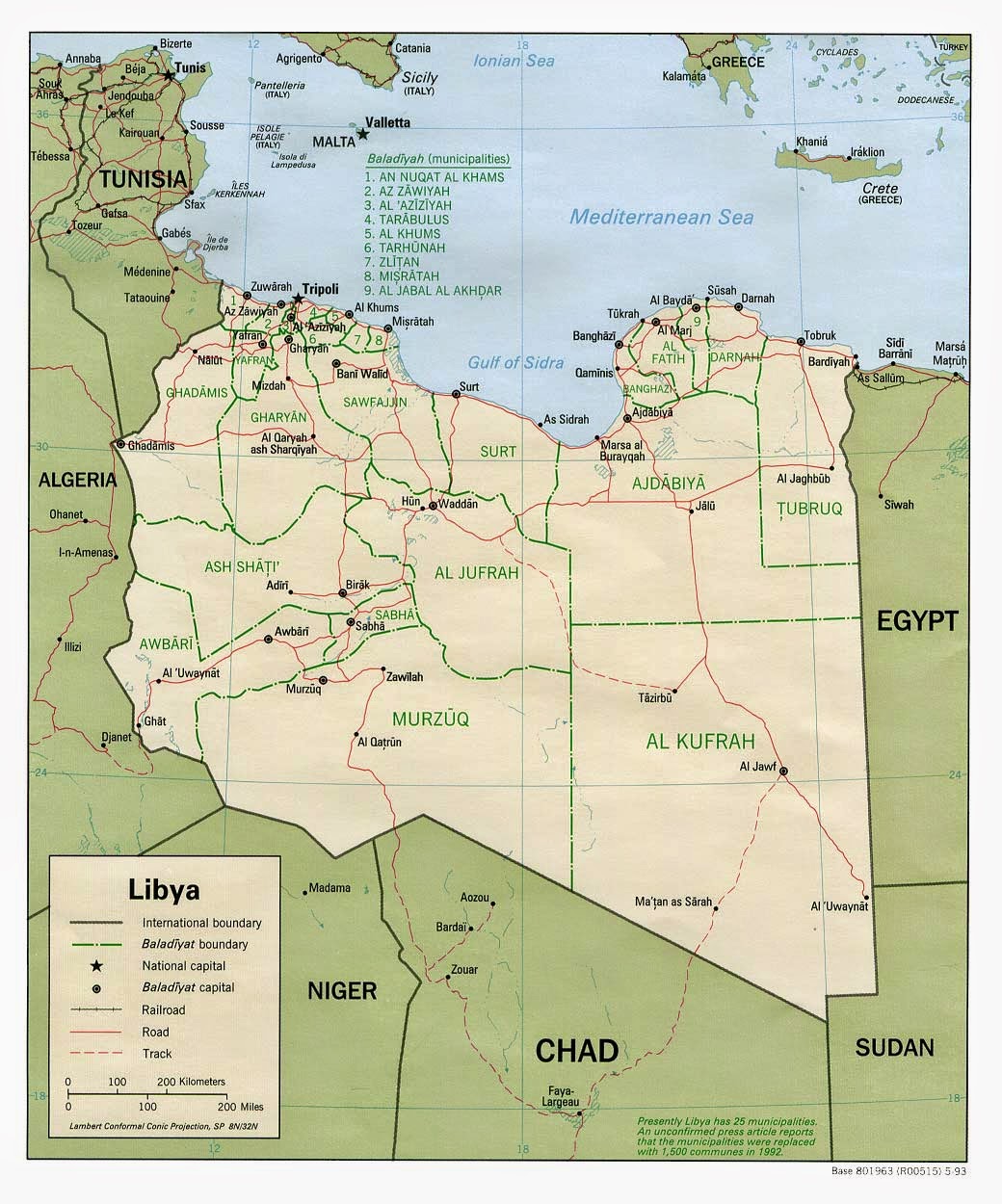 Second, an article from the Thomas Joscelyn at the Long War Journal that reflects on the mess that Libya has become Ansar al Sharia photos focus on governance efforts near Benghazi:


The propaganda photos were posted on a Twitter feed maintained by Ansar al Sharia's media arm, Al Raya Media. That feed was subsequently suspended by Twitter.

The group has been locked in a fierce battle with forces loyal to General Khalifa Haftar since last year. Ansar al Sharia Libya leads the Benghazi Revolutionaries Shura Council (BRSC), an alliance of jihadist groups seeking to control Benghazi.
***
The photos are undoubtedly intended to project power and influence in and around Benghazi at a time when the group is battling for control of the city and its suburbs. General Haftar's forces similarly claim to control most of Benghazi and the surrounding neighborhoods. According to multiple reports, the city of Benghazi has suffered extensive damage during the fighting between the jihadists and Haftar's men.

A flag commonly associated with the Islamic State, which claims to rule as a caliphate over parts of Iraq and Syria, can be seen in photos of a building under the group's control. A number of Ansar al Sharia vehicles are shown flying the same flag. However, this does not mean that the group has sworn allegiance to the Islamic State. The same images show a black banner typically associated with the Al Nusrah Front, an official branch of al Qaeda in Syria, and al Qaeda in the lower right hand corner. The same type of flag was adopted by a number of organizations prior to the rivalry between the Islamic State and al Qaeda. In addition, a number of groups loyal to al Qaeda have used the same type of banner. Still, there are rumors on social media that some Ansar al Sharia's followers have defected to the Islamic State.

You need a scorecard to keep track of the rival jihadist groups who are intent on seizing power, not only in Libya, but in much of the Middle East and parts of Africa. 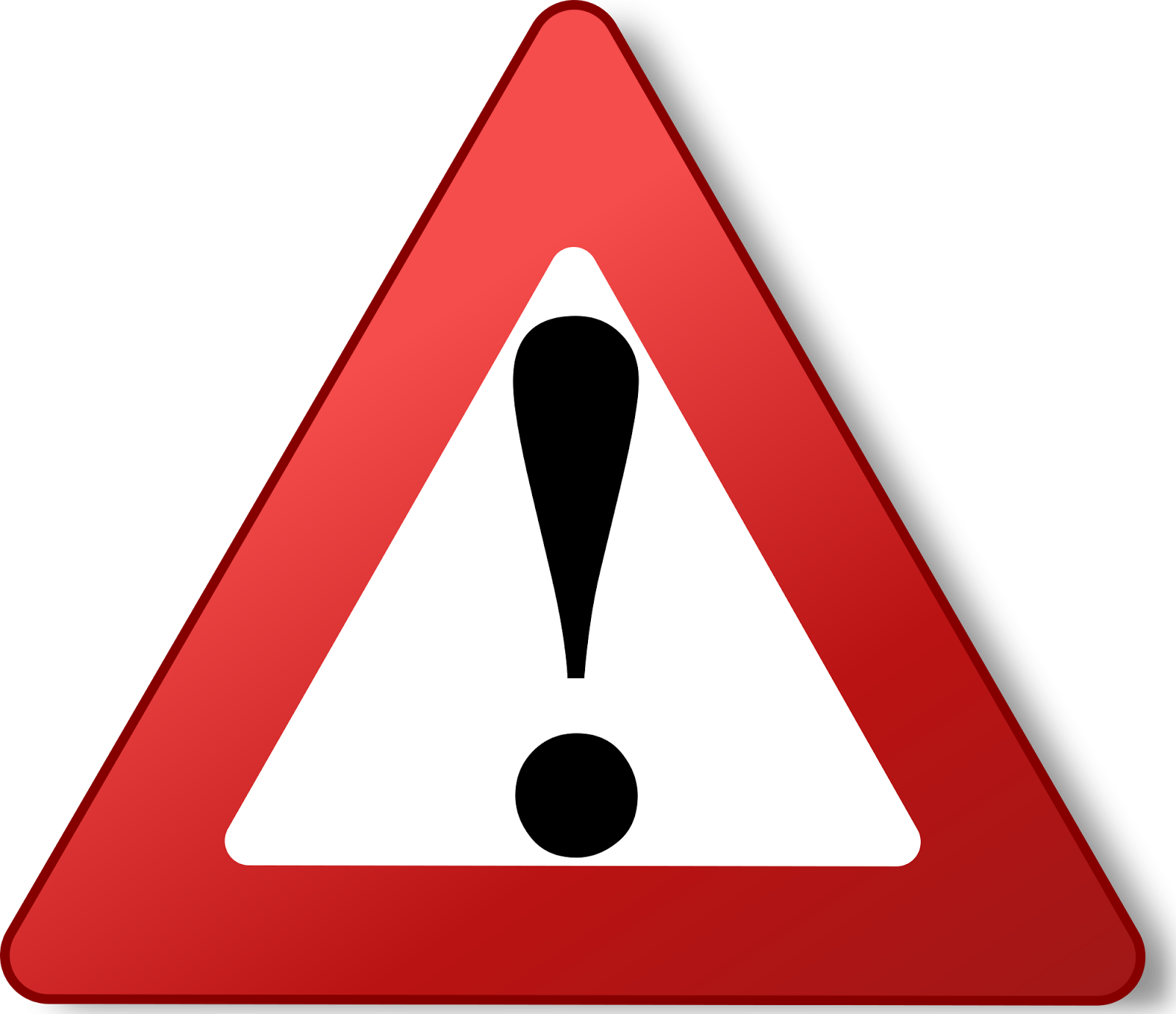 Third, an article from the Economist giving a view of what Russia's Putin in up to in one of the into which he has stuck a finger, Understanding Putin’s plans: The Russian president is stepping up both the war in Ukraine and his confrontational rhetoric against NATO and the West:


This ratcheting up of anti-Western rhetoric is in part a response to a deteriorating economy. Indeed, Mr Putin upgraded the war into a Russia-NATO conflict just as Standard and Poor’s, a rating agency, was downgrading Russia’s credit rating to junk. The fall in oil prices and continued pressure on the rouble is driving up prices, causing much grumbling among ordinary Russians. While the government is carefully avoiding the word crisis, it has started to talk of anti-crisis measures.


Gerasimov [chief of staff of the Russian armed forces] announced: “We are planning an expansion of the communication lines of our military central command. We are entering preliminary negotiations with the armed forces of Brazil, Vietnam, Cuba and the Democratic People’s Republic of Korea.”

“We are going to conduct a series of joint naval and air force exercises, as well as joint drills of our ground troops and air assault troops,” the military official added.

In other words, just more tweaking of the West. 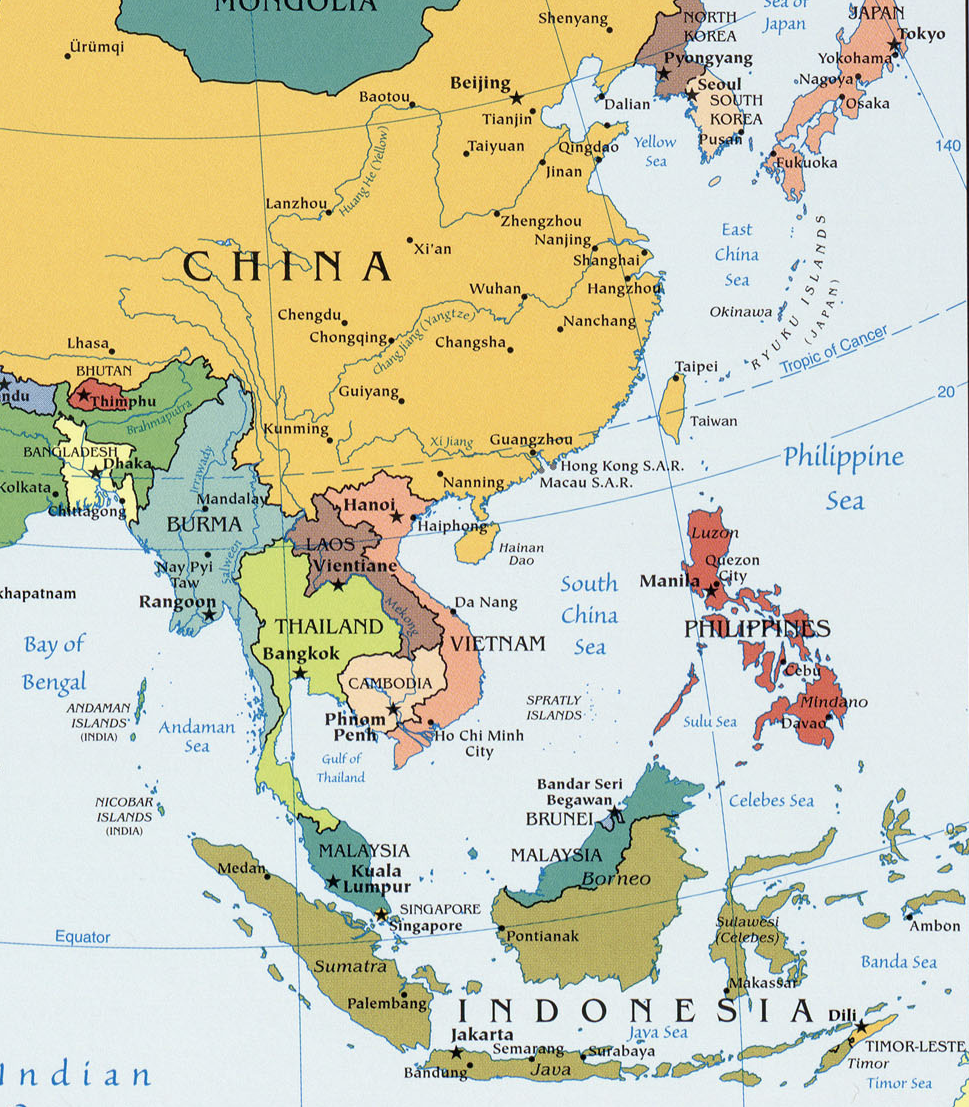 Fifth, the not unexpected result of China's attempt to bully itself into dominance of the South China Sea reported by Mike Mazza in the National Interest Made in China: A Vietnam-Philippines Axis :


Vietnam and the Philippines, which have long-standing territorial disputes in the South China Sea, are forming a strategic partnership. Worried over the rise of China and, in particular, Beijing’s increasingly belligerent actions in pursuit of its own territorial claims, Hanoi and Manila are banding together.

May seem like mice making an alliance to bell the cat, but . . . 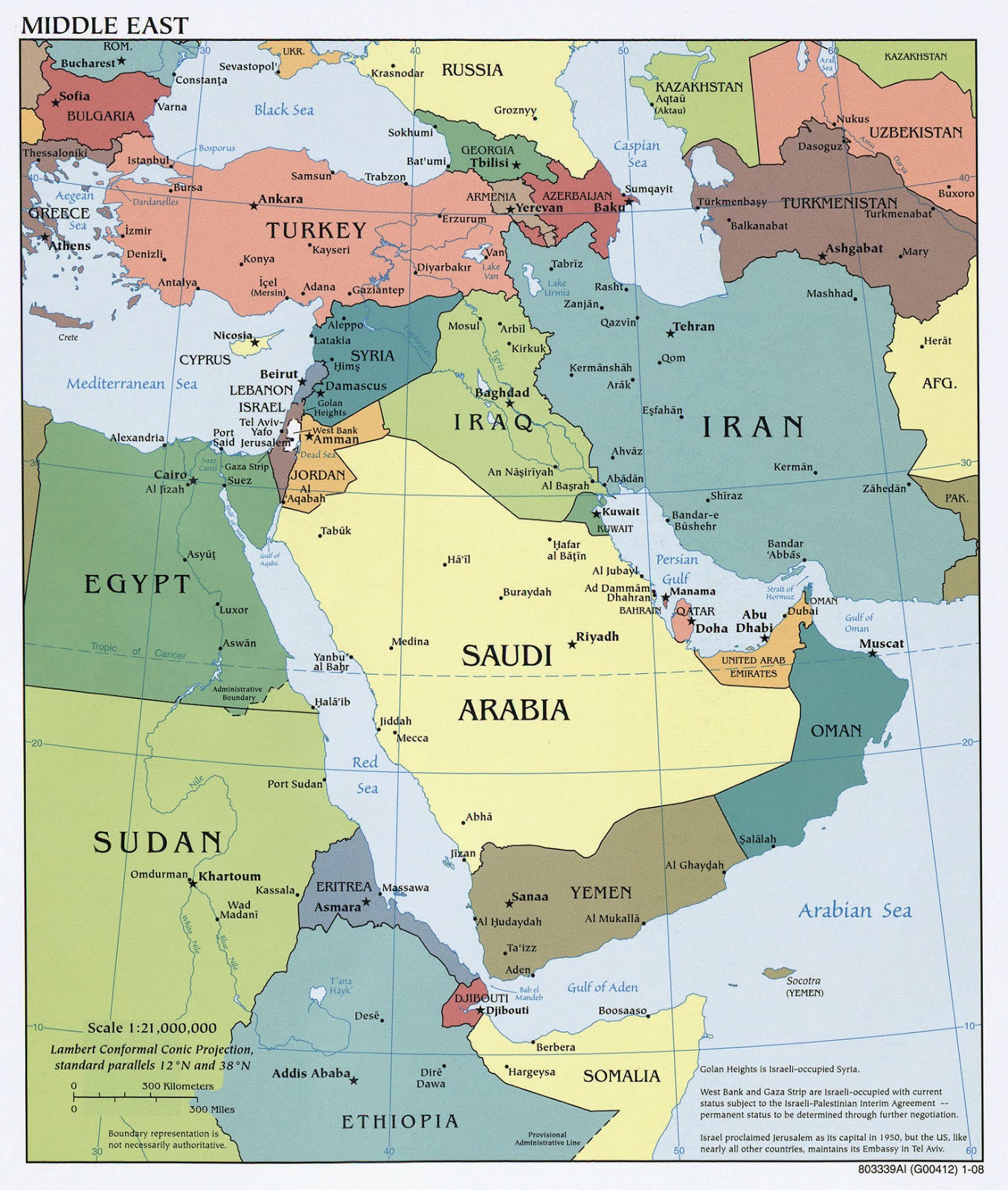 
By recommitting to these classic features of Saudi policy, King Salman is not providing much material to those who would like to portray him as a moderate and a reformer. Rather, he is reinvesting in the same unsustainable strategies that have set the kingdom up for greater instability down the road.

and The Houthis Test King Salman: The Turmoil in Yemen Puts Saudi Arabia in a Tight Spot:


For the Saudis, the change of power within Yemen may weaken the leverage they once had with Sanaa and signals the growth of an even larger threat: Iran.

I know there's a lot more but these caught my attention this morning.