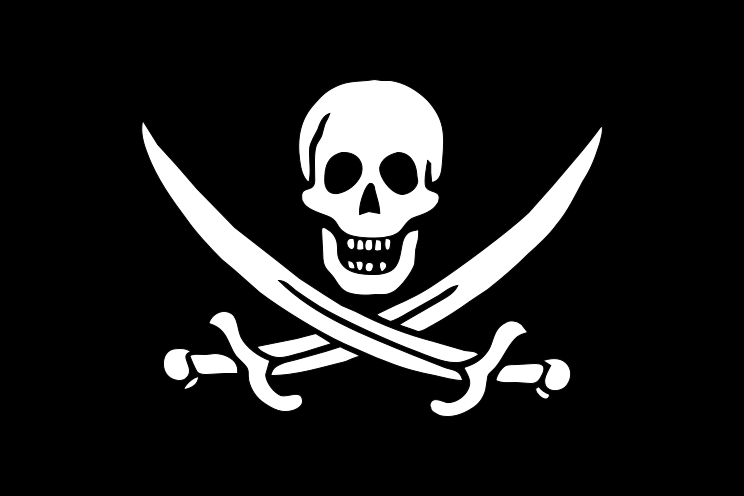 Worth reading the original to see part of the complexity the maritime community has to deal with in attempting to keep its ships safe and secure, here are selections from an article from Maritime Executive by Simon O.Williams, LLM dealing with  International Legal Framework Governing Maritime Security:


***
While UNCLOS [United Nations Convention on the Law of the Sea] includes several articles regulating state responses against piracy (Articles 100 to 107 and 110), the Convention provides no foundation or guidance for private efforts in combating piracy. Instead, there are many fragmented treaties, conventions, legal principles and soft law instruments that supplement UNCLOS.
***
The Suppression of Unlawful Acts Against the Safety of Maritime Navigation (SUA) Convention and Protocol was designed to fill voids in international law necessary to combat other threats to human life and security of navigation and commerce at sea not fully prescribed under UNCLOS. It requires states to pass legislation making unlawful piratical and terrorist acts against navigation serious criminal offenses under their national laws.
***
In 2005 the 1988 SUA Convention and Protocol were amended to become the 2005 SUA Convention and the 2005 SUA Protocol. The 2005 SUA framework contains three new categories of offenses.

- Using a ship as a weapon or as a means for committing terrorist acts.
- Proliferation of weapons of mass destruction (WMD) on the high seas.
- Transporting a person alleged to have committed an offense under other                  UN anti-terrorism conventions.
***
SOLAS
***
In relation to private maritime security, a main legal conundrum with SOLAS is whether employing armed security on board a vessel can deprive the ship’s Master of their overall responsibility to control all actions aboard their vessel, as required by SOLAS. If so, this would be in contradiction of SOLAS Reg 34-1 and Reg 8, Chapter XI-2.

Many coastal states have taken additional steps to clarify the relationship between Master and privately contracted armed security personnel (PCASP), amending national legislation to reaffirm the Master’s overall authority to authorize PCASP targeting, deployment and target engagement (specifically, weapons discharge of any-kind). In an effort to resolve this dispute, the largest international shipping association, the Baltic International Maritime Council (BIMCO), has released a commercial contract template, GUARDCON, which establishes this clear line of superiority with the ship’s Master remaining in command at all times.
***
U.N. Firearms Protocol

In addition to the Law of the Sea framework, maritime security providers must also navigate the complex international legal regime of the U.N. Firearms Protocol, a legally binding agreement which entered into force in 2005, currently signed by 109 states plus the European Union, to ensure armed security provider, or those importing/transporting weapons, carry the required port and transit state permits.
***

Making this matter more complicated in recent years, floating armories have emerged as offshore supply stores delivering weapons and crews to client vessels, circumventing port and coastal state regulations and bypassing the need for import/export compliance. Of course, this has opened a Pandora’s box in terms of unaccounted-for firearms. In other circumstances, PCASP have jettisoned weapons into the sea after completing missions in order to sidestep import/export regulations reaffirmed in the Protocol.

The Principle of Self-Defense

Of primary importance to the legal reasoning behind the private use of force at sea in counter-piracy is the principle of Self-Defense.
***
“Customary international law, among other legal authorities, provides that the use of force is restricted to cases of necessity or self-defence, i.e. cases in which there is no other way out and in which the requirements of necessity, reasonableness and proportionality are observed in connection with the use of force. Such customary international law is binding […] The use of force by private security guards must therefore be based on the general, internationally accepted principles of self-defence.”
***
Moreover, individual guards or any persons aboard a vessel, for that matter, have the right to self-defense of their person. This is a fundamental human right. If pirates or other assailants are directing weapons’ fire in their direction, for example, and they believe their lives to be in grave danger, the same right of self-defense for vessels applies at the personal level.

After being discussed for decades in international law circles, the Doctrine of Necessity was finally incorporated into the International Law Commission’s Draft Articles on Responsibility of States for Internationally Wrongful Acts.

Article 25 of this document provides that an otherwise illegal act, such as using force to neutralize a terrorist or pirate attack at sea, can be justified if it meets two criteria.
The act was the only means of safeguarding an essential interest of the state against a grave and imminent peril.

The act did not seriously impair an essential interest of the state toward which the obligation existed.
***


As with any set of laws meant to create order out of chaos, one question remains - who will enforce the law and by what means?  It's also worth noting that pirates seem to have little difficulty with the issues of the U.N. Firearms Protocol.
Posted by Mark Tempest at 2/02/2015 07:00:00 AM