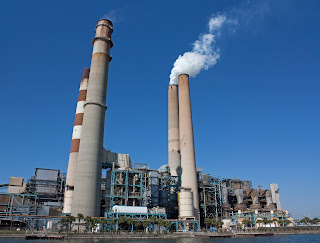 
Industry groups and some 20 states challenged the Environmental Protection Agency’s decision to regulate the emissions, saying the agency had failed to take into account the punishing costs its regulations would impose.

The Clean Air Act required the regulations to be “appropriate and necessary.” The challengers said the agency had run afoul of that law by deciding to regulate the emissions without first undertaking a cost-benefit analysis.

The agency responded that it was not required to take costs into account when it made the initial determination to regulate. But the agency added that it did so later in setting emissions standards and that, in any event, the benefits far outweighed the costs.

The two sides had very different understandings of the costs and benefits involved. Industry groups said the government had imposed annual costs of $9.6 billion to achieve about $6 million in benefits. The agency said the costs yielded tens of billions of dollars in benefits.

Wait - a cost-benefit analysis? Who'd a thunk it?

You can read the opinion here. From the Court's Syllabus:


Even under the deferential standard of Chevron U. S. A. Inc.v. Natural Resources Defense Council, Inc., 467 U. S. 837, which directs courts to
accept an agency’s reasonable resolution of an ambiguity in a statute that the agency administers, id., at 842–843, EPA strayed well beyond the bounds of reasonable interpretation in concluding that cost is not a factor relevant to the appropriateness of regulating power plants.

From the opinion, the EPA got hoist by its own petard:


EPA concluded that “costs should not be considered” when
deciding whether power plants should be regulated under §7412. Id., at 9326.

In accordance with Executive Order, the Agency issued a “Regulatory Impact Analysis” alongside its regulation. This analysis estimated that the regulation would force power plants to bear costs of $9.6 billion per year. Id., at 9306. The Agency could not fully quantify the benefits of reducing power plants’ emissions of hazardous air pollutants; to the extent it could, it estimated that these benefits were worth $4 to $6 million per year. Ibid. The costs to power plants were thus between 1,600 and 2,400 times as great as the quantifiable benefits from reduced emissions of hazardous air pollutants. The Agency continued that its regulations would have ancillary benefits—including cutting power plants’ emissions of particulate matter and sulfur dioxide, substances that are not covered by the hazardous-air-pollutants program. Although the Agency’s appropriate-and-necessary finding did not rest on these ancillary effects, id., at 9320, the regulatory impact analysis took them into account, increasing the Agency’s estimate of the quantifiable benefits of its regulation to $37 to $90 billion per year, id., at 9306. EPA concedes that the regulatory impact analysis “played no role” in its appropriate-and-necessary finding. Brief for Federal Respondents 14

Two quick points: (1) I'm not saying that power plants should not ever be subject to controls- that would be foolish and (2)  standards need to make sense and the EPA has had history of imposing regulations that serve mostly to raise the price of energy to consumers, who, ultimately pay the price for any regulation as the utilities pass it on them. So it boils down to how much additional tax are you willing to pay for marginal decreases in environmental threats?