On Midrats 7 June 15 - Episode 283: The Foreign and Defense Policy Terrain for the '16 Election 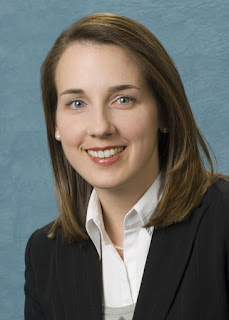 As the world has set its own course as we have been planning other things, some believe that the 2016 election will be more focused on foreign policy and defense issues that any of the candidates thought would be the case at the end of last year.

What will be the above-the-fold topics? The baseline was set by the '16 budget battle last year and the winding down and a post-mortem on the sequestration gambit of the last couple of years.

As proxies in the emerging discussion, to join the old bulls on the Hill, are there emerging new leaders on defense issues elected in the '14 cycle?

Where do declared or expected candidates for President for both parties stand on policy and present operations?

To discuss this and more in the foreign policy and defense arena will be returning guest, Mackenzie Eaglen,

Mackenzie is a resident fellow in the Marilyn Ware Center for Security Studies at the American Enterprise Institute, where she works on defense strategy, defense budgets, and military readiness.

She has worked on defense issues in the House of Representatives and Senate and at the Pentagon in the Office of the Secretary of Defense and on the Joint Staff. In 2014, Eaglen served as a staff member of the congressionally mandated National Defense Panel, a bipartisan, blue-ribbon commission established to assess US defense interests and strategic objectives. This followed Eaglen’s previous work as a staff member for the 2010 congressionally mandated bipartisan Quadrennial Defense Review Independent Panel, also established to assess the Pentagon’s major defense strategy. A prolific writer on defense-related issues, she has also testified before Congress.

She has an M.A. from the Edmund A. Walsh School of Foreign Service at Georgetown University and a B.A. from Mercer University.