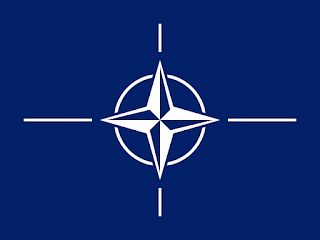 
From the Balitic to the Black Sea, the last year has seen the North Atlantic Treaty Organization (NATO) return to its roots - the defense of Europe from Russian aggression.

The names and players have changes significantly since a quarter century ago - but in many ways things look very familar.

To discuss NATO's challenge in the East in the second decade of the 21st Century for the full hour will be Dr. Jorge Benitez.

Jorge is the Director of NATOSource and a Senior Fellow in the Atlantic Council’s Brent Scowcroft Center on International Security.

He specializes in NATO, European politics, and US national security. and previously served as Assistant for Alliance Issues to the Director of NATO Affairs in the Office of the Secretary of Defense. He has also served as a specialist in international security for the Department of State and the Institute for Foreign Policy Analysis.

Dr. Benitez received his BA from the University of Florida, his MPP from the Kennedy School of Government at Harvard University, and his PhD from the Fletcher School of Law and Diplomacy at Tufts University.

Email ThisBlogThis!Share to TwitterShare to FacebookShare to Pinterest
Labels: Midrats on Blogtalkradio, Midrats on iTunes, NATO