A Random Thought on the South China Sea Artificial Islands


"It's my sense that some nations view freedom of the seas as up for grabs, as something that can be taken down and redefined by domestic law or by reinterpreting international law," Swift said, according to a report by Reuters. "Some nations continue to impose superfluous warnings and restrictions on freedom of the seas in their exclusive economic zones and claim territorial water rights that are inconsistent with (the United Nations Convention on the Law of the Sea). This trend is particularly egregious in contested waters."

The U.S. Navy says it will be back, US navy warns it will repeat South China Sea operations


The US will continue to conduct “routine” operations in the South China Sea, the head of the US Pacific Command told a Chinese audience on Tuesday, even as he called for closer ties between the American and Chinese militaries.

Admiral Harry Harris said US naval operations near territory claimed by China were not “a threat to any nation” but were designed to defend freedom of navigation in international waters.

Well, it occurs to me that there are several ways to play this game. One opening move would be to assist the Republic of Philippines (RP) to build up its airfields on the South China Sea - on Palawan (Antonio Bautista Air Base (9000 foot runway - looks like it could be expanded), the current dirt field on Busuanga (yellow pin) and, of course, Clark International Airport (formerly Clark AFB). 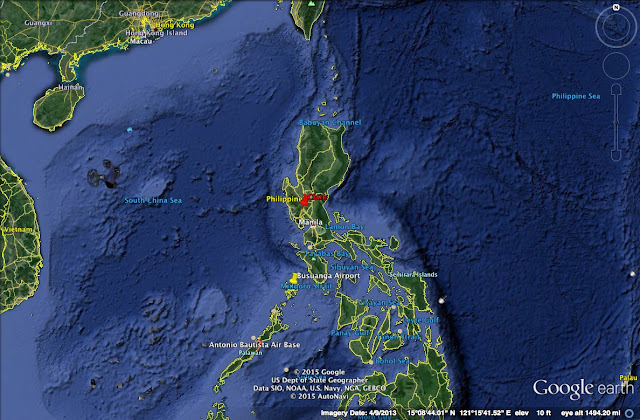 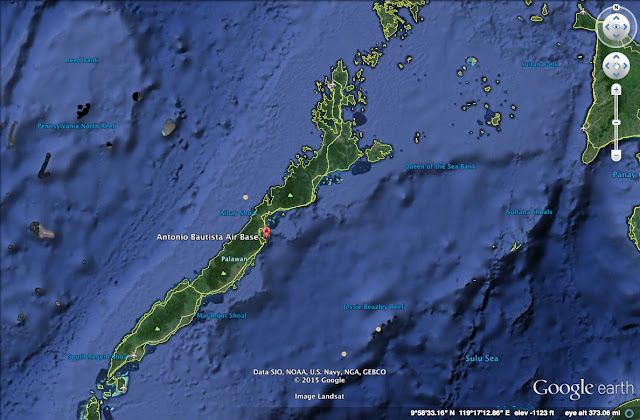 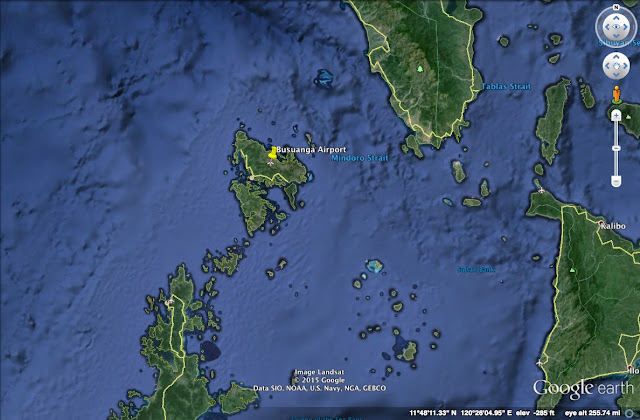 Might be nice for the RP to get some old P-3s and some new aircraft, including some that might be nice workhorse types like the Air Tractor 802u:

The Air Tractor® AT-802U is an economical single engine turboprop aircraft designed for surveillance, precision strike, and rugged dirt strip utility missions. The AT-802U combines an 8,000-lb. (3,629 kg) payload and 10-hour ISR mission capability with the flexibility and responsiveness of a manned weapon system – for a fraction of the cost of unmanned aerial vehicle systems.

Of course, all these upgrades will help with humanitarian issues, like typhoon recovery ops and maritime patrols to assist with search and rescue ops in the South China Sea. You know, just like the Chinese assert their artificial islands serve such a purpose. See here:


As The Diplomat reported earlier this month, China has cited a variety of reasons to undertake its “maintenance and construction work” on these island facilities. Hua Chunying, a spokesperson for the Chinese foreign minister, noted in early April that the activities (in the Spratlys at least) had the following goals:

Of course, the RP already has islands along the South China Sea, so building new ones is not really necessary. On the other hand, perhaps they could use some AID money to help "fix up" some the islands in their territorial waters. Maybe add a nice helicopter base...

In any event, if we are going to sit down to play, we better be prepared to go all the way. As in the "Chicago Way,"


Malone: You said you wanted to get Capone. Do you really wanna get him? You see what I'm saying is, what are you prepared to do?

Ness: Anything within the law.

Malone: And *then* what are you prepared to do? If you open the can on these worms you must be prepared to go all the way. Because they're not gonna give up the fight, until one of you is dead.

Ness: I want to get Capone! I don't know how to do it.

Malone: You wanna know how to get Capone? They pull a knife, you pull a gun. He sends one of yours to the hospital, you send one of his to the morgue. *That's* the *Chicago* way! And that's how you get Capone. Now do you want to do that? Are you ready to do that? I'm offering you a deal. Do you want this deal?