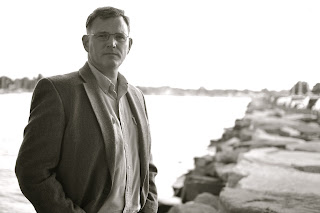 Please join us at 5 pm EST on 15 November 2015 for Midrats Episode 306: Author Claude Berube on his next book: Syren's Song


This Sunday for the full hour our guest will be author Claude Berube to discuss his second Connor Stark novel, Syren's Song. From the Amazon page,

"Syren's Song is the second novel featuring Connor Stark, and it promises to be just as engaging as The Aden Effect. This geopolitical thriller begins when the Sri Lankan navy is unexpectedly attacked by a resurgent and separatist Tamil Tiger organization. The government issues a letter of marque to former U.S. Navy officer Connor Stark, now the head of the private security company Highland Maritime Defense. Stark and his eclectic compatriots accept the challenge only to learn that the Sea Tigers who crippled the Sri Lankan navy are no ordinary terrorists."

We will also discuss the craft of writing, how emerging real world events can influence the writing of fiction, and as we usually do with Claude, perhaps some other interestiing topics that crop up in the course of our conversation.

Join us live or pick the show up later by clicking here. Or you can also catch the show later on our iTunes page here (though the episode number might be different because ...?)
Posted by Mark Tempest at 11/14/2015 07:48:00 AM