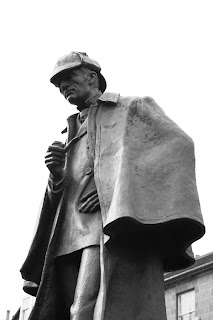 All of us are concerned about terrorist activity - though the risks of such an act affecting you or anyone you know are remarkably slim.

Probably, instead of worrying about such a remote possibility, you really ought to be getting ready for those life events that are far more likely - floods, fires, earthquakes, and car wrecks to name a few.

On the other hand, there are few really good suggestions that can help you in almost any situation - one of which is to work to improve your "situational awareness" skill set.

You might recall that in Sherlock Holmes books, Holmes has the seemingly uncanny ability to see things that others don't. Holmes has increased his situational awareness.

In fact, in most detective and thriller literature, the hero or heroine of the work very often uses that ability to solve/prevent/resolve whatever crisis is confronting them because they observe more things that you and I might.

In old Western movies, someone would often offer up a warning because things were "too quiet." Or, in other words, the situation was anomalous because the normal, expected pattern of noise (bugs, birds and whatever) was absent.

In real life, aircraft pilots and those who drive our navy ships work hard to acquire the ability to "know" what is happening with a glance or quick brief - to gain a sense of the situation quickly.

The U.S. Coast Guard offers up this definition:


Situational Awareness is the ability to identify, process, and comprehend the critical elements of information about what is happening to the team with regards to the mission. More simply, it’s knowing what is going on around you.

As is pointed out here, there are some events ("first wave" events) that you can do nothing about. However,


But if you are fortunate enough not to be a victim of the first wave, then you can survive. And often, before the first wave occurs, there are minute details that can tell you something is wrong.


Pattern-finding is so central to survival and success that we see patterns everywhere, even in random data—a phenomenon called apophenia. We spot faces in clouds and hear messages in records played backward. And while we expect some level of order in the world, on occasion our pattern-spotting gets away from us and makes a connection we wouldn't expect. When that happens, we demand, at least subconsciously, an explanation.

It turns out that our favorite kinds of explanations involve "agents"—beings capable of intentional action. The agent could be a person, a god, or a superintelligent robot. We're biased to blame even simple events on agents—spotting them or their footprints allows us to manage them if they are dangerous: It is better to mistake a twig for a snake than to mistake a snake for a twig.

Unconscious pattern recognition underlies a variety of automatic processes, including those we associate with accurate intuitions or a sixth sense ... Sensing danger in a combat zone or suddenly "knowing" that a partner is cheating or a friend is pregnant are instances in which we've pieced a pattern together wholly unconsciously. The suddenness with which it bursts into our consciousness can feel as if the hunch is born of clairvoyance.

Let's get more practical. If you drive the same car every day for weeks, months or years, you will - if you are mostly sentient - learn to appreciate the cars "normal" feel. As a result, when something changes from that "normal," you may take the car to a mechanic offer up a "it just doesn't feel right" suggestion.  That's your sense of pattern recognition kicking in. The mechanic will (and if you ever listened to Car Talk, you've heard this) ask questions designed to focus the problem into a diagnosis of probable issues. 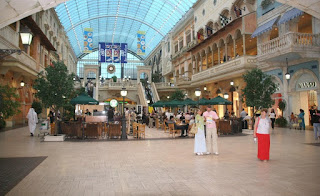 Okay, let's say that you go to a busy shopping mall. If you spend a few minutes watching shoppers, you will see that there are patterns to their mall behavior and that it is easy to spot people who don't fall into those patterns. These "odd folks" are outliers. Now, it may be that these outliers are simply people who vary from the norm due to inexperience or indifference to mall shopping. Or - it may be that they are up to something unusual - and they fall outside the pattern.

So, it's a July day in a mall. Everyone is dressed in summer clothing except for a few individuals wearing long back raincoats. Would you notice this? If you do notice this, what should you do? This constitutes a "thing outside the pattern." Your situational awareness level ought to jump up a bit. What else are these folks up to? Are they gathered in one spot or spread out? Are they looking at each other or ignoring each other?

What are your plans at this point?


A higher level of situational awareness can help you in many ways, should you be unfortunate enough to be present during an active of terror.

It can help by:

If you can identify a potential threat before it exists, you can sometimes prevent an attack or at the very least, you can protect yourself and your family more effectively. . . .

The Organic Prepper also points to "Kim's Game" as a learning tool for increasing your situational awareness - well described in Graywolf Survival's Using Kim’s Game to increase your observational skills. A hat tip to both those blogs.

The point of all this is to encourage you to learn to really look at the world in which you operate and use the recognition of the patterns you observe to assist you in being able to rapidly identify anomalies that may require further, rapid examinations for potential threats.

Or maybe even the need for a car repair.

Remember, Holmes once solved a case because of a dog that didn't bark - an event outside the expected pattern - and a fine example of Holmes applying his sense of "situational awareness."