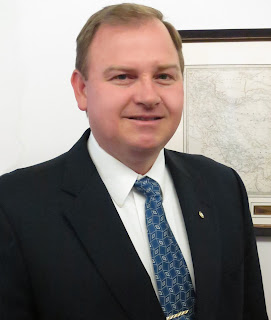 Please join us at 5pm EST on 31 Jan 2016 for Midrats Episode 317: "Naval Presence and National Strategy," with Jerry Hendrix :


From the same school as "If you want peace, prepare for war," a global maritime power must maintain a presence at sea. It must design a national strategy in line with its economic capability and political will, and make sure it mans, trains, and equips its navy in line with the design.

If presence is a critical function of a navy, how is it best accomplished, what are the tradeoffs, and how does it impact friends, competitors, and those sitting on the fence?

Our guest for the full hour to discuss this and more will be Dr. Henry J. Hendrix, Jr, CAPT USN (Ret).

Jerry is a Senior Fellow and the Director of the Defense Strategies and Assessments Program at the Center for a New American Security.

When on active duty, his staff assignments include tours with the Chief of Naval Operation’s Executive Panel (N00K), and the OSD Office of Net Assessment From 2011-2012 he served as the Director and Designated Federal Officer of the Secretary of the Navy’s Advisory Panel. He also contributed to the 2012 Department Posture Statement to the Congress. Following the fall, 2011 Navy Inspector General’s Report on the state of the Naval History and Heritage Command, he was verbally ordered by the Secretary to assume the position of Director of Naval History.

Hendrix previously served as the Navy Fellow to the Weatherhead Center for International Affairs at Harvard University. He has been awarded a Bachelor Degree in Political Science from Purdue University, Masters Degrees from the Naval Postgraduate School (National Security Affairs) and Harvard University (History) and received his doctorate from King’s College, London (War Studies).

Email ThisBlogThis!Share to TwitterShare to FacebookShare to Pinterest
Labels: Midrats, Midrats on Blogtalkradio, Midrats on iTunes