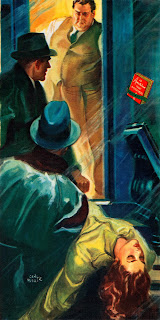 
Nero Wolfe is a fictional character, an armchair detective created in 1934 by American mystery writer Rex Stout. Wolfe's confidential assistant Archie Goodwin narrates the cases of the detective genius. Stout wrote 33 novels and 39 short stories from 1934 to 1975, with most of them set in New York City. Wolfe's residence features prominently in the series, a luxurious brownstone on West 35th Street.


About the radio show:


The New Adventures of Nero Wolfe is a 1950–51 American radio drama series starring Sydney Greenstreet as Rex Stout's fictional armchair detective Nero Wolfe. Based on Stout's principal characters but not his stories, the series aired October 20, 1950 – April 27, 1951, on NBC. It is regarded as the series that is most responsible for popularizing Nero Wolfe on radio.