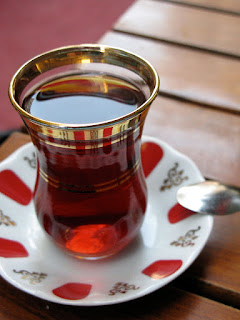 There was a time when China had a monopoly on a product the rest of the world grew dependent on and it took a British agent, engaging in industrial espionage to wrest that monopoly from them. As set out in Sarah Rose's excellent book For All the Tea in China: How England Stole the World's Favorite Drink and Changed History


Robert Fortune was a Scottish gardener, botanist, plant hunter - and industrial spy. In 1848, the East India Company engaged him to make a clandestine trip into the interior of China - territory forbidden to foreigners - to steal the closely guarded secrets of tea. For centuries, China had been the world's sole tea manufacturer. Britain purchased this fuel for its Empire by trading opium to the Chinese - a poisonous relationship Britain fought two destructive wars to sustain. The East India Company had profited lavishly as the middleman, but now it was sinking, having lost its monopoly to trade tea. Its salvation, it thought, was to establish its own plantations in the Himalayas of British India. There were just two problems: India had no tea plants worth growing, and the company wouldn't have known what to do with them if it had. Hence Robert Fortune's daring trip.

Disguising himself, Fortune nabbed both tea plants and experts and secreted them from China to British controlled territories and changed the world - and not for the better for the Chinese.

Are we still feeling the effects of these 19th Century act of industrial espionage? Was this theft part of the "100 years of humiliation" ingrained in modern Chinese thought? What lessons did China learn from the British tea effort?

I commend the book to you as you examine such thoughts.

The book has been 6 years in print and is available used at reasonable prices or for Kindle. Very good audio edition, too.


Widespread consumption of costly tea in England and the American Colonies combined with China’s lack of interest in purchasing western goods, results in a disastrous trade deficit, as millions in Mexican silver dollars are poured into China to pay for Chinese tea and other goods.

Britain’s solution to their trade deficit with China is to promote the sale of addicitve opium grown in India and smuggled into China for profit.

Eventually British intransigent violations of Chinese laws forbidding the sale and use of opium bring about the Opium Wars and the spiraling downfall of China in defeat from a previous position of unrivaled world trading power.