So, I was reading that New Orleans has recorded its 113th murder in 2016, as set out here. That got me to thinking about whether that was a high number given that city's population. 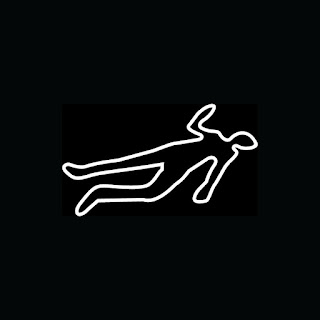 That sent me off to looking for data on per capita murder rates for U.S. cities, which I found neighborscouts.com, which has a convenient list of the top 30 cities in terms of murder rates per capita (as opposed to just a raw number).

Chicago hit 500 homicides over the Labor Day weekend for 2016 for a projected rate of 24.1 per 100,000 citizens. Interesting dive into Chicago homicides here.

According to this, the U.S. "intentional murder" rate puts it at #108 in the world, which is better than 110 other countries, including Jamaica, Russia, Costa Rica, Cuba, and the deadly Honduras.

The relevance to national security? It's the societies that are formed in areas in which law enforcement is subverted by enforcement of other codes of behavior that based in groups that are outside of the mainstream culture and which act to protect turf or to induct new members or punish "disloyal" members - enforcing their own "laws" by murder and intimidation that can pose a threat to the larger culture. I don't know who is in charge in East St. Louis, but I doubt it's the police.

UPDATE: Foreign Affairs covers the the world in The End of Homicide:

The world has never been safer than it is right now. Most forms of violence have dropped precipitously over the past few centuries. Although conflict deaths recently spiked (the war in Syria accounts for one third of all war-related killings today), fewer people are dying from warfare than at virtually any time in human history. Terrorist violence also increased over the past two years—especially in six countries the Middle East, Africa, and South Asia—but it still pales in comparison to rates in the 1960s and 1970s. Most impressive of all, homicidal violence is in steady retreat almost everywhere, especially the West.

The lethal violence that persists is unevenly concentrated. Almost half of the roughly 430,000 annual murders around the world are generated by just 25 countries. A handful of states in Latin America—Brazil, Colombia, Mexico, and Venezuela—account for one quarter of all homicides on the planet. As many as 47 of the 50 cities with the highest murder rates are located there.

Unaccounted for is a criminal enterprise like North Korea - which may have a low homicide rate, but is hell on its citizens.

Email ThisBlogThis!Share to TwitterShare to FacebookShare to Pinterest
Labels: Things that will kill you, Things to Consider